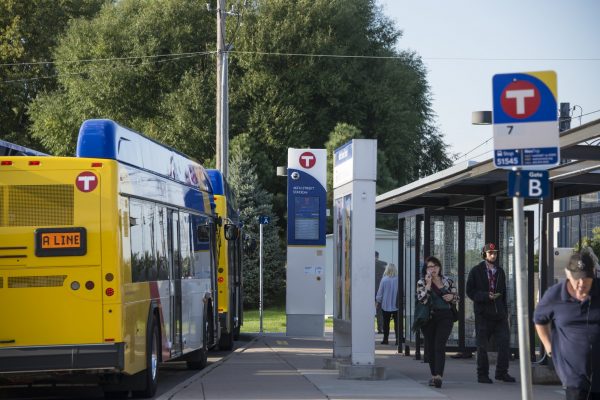 “These significant investments in the public transit systems in five communities across the country will improve mobility for riders who depend upon public transit every day,” said U.S. Transportation Secretary Elaine L. Chao.

FTA indicated its intent to fund the projects through an updated allocation notice for Fiscal Year (FY) 2018 CIG funding appropriated by Congress. FTA is allocating approximately $281 million in appropriated FY 2018 CIG funding among the five projects, which either have a construction grant agreement or are nearing completion of all statutory and readiness requirements.  All five projects have either completed or are in process of completing the rigorous CIG program steps as outlined in law.

The CIG Program provides funding for major transit infrastructure capital investments nationwide. Projects accepted into the program must go through a multi-year, multi-step process according to requirements in law to be eligible for consideration to receive program funds.

The Tempe Streetcar is a three-mile streetcar with 14 stations and six vehicles that will connect downtown Tempe and Arizona State University. It also will connect with existing light rail serving Phoenix, Mesa and the airport. The total project cost is $201.9 million with $75 million in funding requested through the CIG Program. Upon final FTA approval of a construction grant agreement, the project will receive $25 million in FY 2018 CIG funds to complete the CIG funding request.

The Los Angeles Westside Purple Line Section 3 project is a 2.6-mile heavy rail extension from Century City to Westwood and the Veterans Affairs hospital that includes two stations and 16 vehicles. The total project cost is $3.7 billion with $1.3 billion in funding requested through the CIG Program. Upon final FTA approval of a construction grant agreement, the project will receive $100 million in FY 2018 CIG funds.

The San Diego Mid-Coast Corridor Light Rail project is a 10.92-mile light rail extension from downtown San Diego to the growing University City area. The extension will improve access to employment hubs and numerous educational and medical facilities north of downtown. FTA announced a $1.04 billion grant agreement for the $2.17 billion project in September 2016. The project will receive an additional $80 million in FY 2018 CIG funds.

The DART Red and Blue Line Platform Extensions project will extend and modify platforms along the existing Red and Blue Lines to accommodate three-car trains with level boarding. The total project cost is $128.7 million with $60.76 million requested through the CIG Program. Upon final FTA approval of a construction grant agreement, the project will receive $2 million in FY 2018 CIG funds to complete the CIG funding request.

To date, FTA has allocated $1.86 billion of the $2.62 billion in FY 2018 CIG funds appropriated for projects by Congress. FTA will continue to consider additional FY 2018 CIG allocations, based on the merits of individual projects.