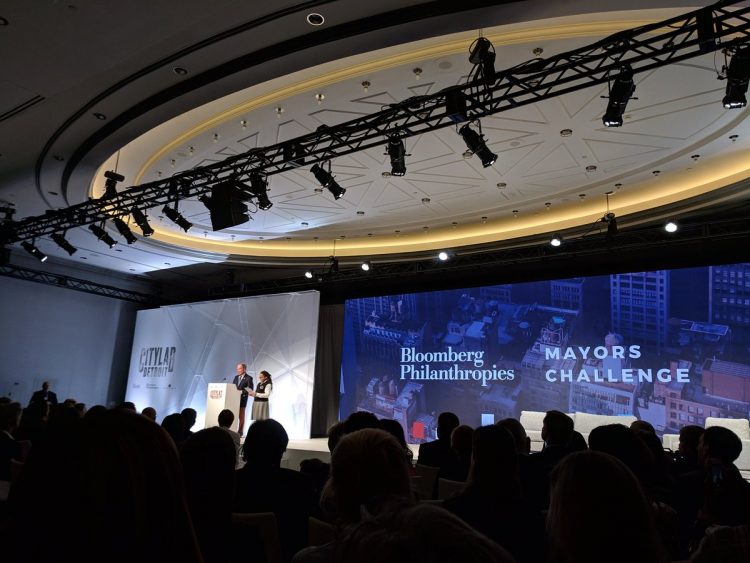 The U.S. Mayors Challenge has infused more than $17 million into 300 cities over the past year through idea accelerator workshops and coaching, the testing phase with Champion Cities, and awards to Challenge winners. The program has engaged local leaders across the country to embrace innovation practices and creative problem solving to deliver better results for residents. The Mayors Challenge is part of the American Cities Initiative, a suite of investments to strengthen city halls and advance critical policies.

“Mayors across the country are tackling the big issues that Washington is ignoring. This competition is designed to help them do even more, by incentivizing and supporting big – and achievable – new ideas,” said Michael R. Bloomberg, founder of Bloomberg Philanthropies and three-term mayor of New York City. “Congratulations to all of the winning mayors, who represent cities large and small, in regions across the country. We look forward to seeing the results of their work — and to helping the ideas that prove most effective spread far and wide.”

The U.S. Mayors Challenge Winners are:

The Mayors Challenge Selection Committee, co-chaired by Former Ambassador Caroline Kennedy and Ursula Burns, Executive Chairman of Veon Ltd and Former Chairman and CEO of Xerox Corporation, is comprised of distinguished policy experts, artists, academics, business executives, and social innovation leaders. The committee evaluated the cities applications based on their idea’s vision, potential for impact, implementation plan, and potential to spread to other cities to choose the nine winning cities.

New to the Mayors Challenge this year was a 6-month “test and learn” phase where each of the 35 Champion Cities received up to $100,000 and technical assistance to test and build support for their ideas. Cities tested core components of their ideas with residents, improved and refined their proposals, and developed a plan for implementation and impact measurement.

The testing phase of the competition sought to bring prototyping and small-scale implementation, common innovation practices in the private sector, to city halls across the country. It also allowed the Champion Cities to conduct over 100 tests that involved more than 4,000 city hall staff and engaged 15,000 residents. The cities raised over $15 million in outside funding, effectively doubling the investment by Bloomberg Philanthropies.

The U.S. Mayors Challenge builds on the success of previous Bloomberg Philanthropies-sponsored Challenges in the U.S. (2013), Europe (2014), and Latin America and the Caribbean (2016). Previous Mayors Challenge winners include São Paulo, Brazil with a program to increase farmers’ income and reduce urban sprawl; Barcelona, Spain for work to create digital trust networks that support at-risk elderly citizens; and Providence, RI, for a program to measure and reduce the “word gap” among low-income children during pivotal brain development years. For more information, visit mayorschallenge.bloomberg.org.

Bloomberg Philanthropies works in 480 cities in more than 120 countries around the world to ensure better, longer lives for the greatest number of people. The organization focuses on five key areas for creating lasting change: Arts, Education, Environment, Government Innovation, and Public Health. Bloomberg Philanthropies encompasses all of Michael R. Bloomberg’s charitable activities, including his foundation and his personal giving. In 2017, Bloomberg Philanthropies distributed $702 million. For more information, please visit www.bloomberg.org or follow us on Facebook, Instagram, Snapchat, and Twitter.