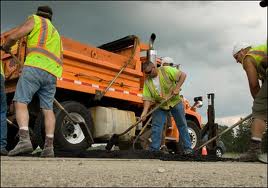 Damages caused by extreme weather phenomena are increasing around the globe. In 2012, the costs of such damages totaled approximately US$160 billion worldwide. With dense populations, cities are particularly vulnerable to natural hazards. For example, Superstorm Sandy alone was responsible for damages of some US$50 billion, mostly in the New York Metropolitan area.

To show how cities can better protect themselves against natural disasters like Sandy, Siemens has joined forces with Regional Plan Association (RPA) and the consulting firm Arup to prepare a study on resilient urban infrastructure. Results to- date show that technology is a key component of resilient and efficient infrastructure protection. Cities should integrate resilience into all aspects of their planning and normal investment and maintenance cycles. This would reduce potential damages, enhance productivity, create a safe place to live and can save billions of U.S. dollars.

“We can’t prevent natural disasters, but with our knowledge and our technologies we can better protect our infrastructures. Particularly in difficult economic times, cities have to invest efficiently while minimizing risks and making them calculable. Resilient infrastructure is not an option but a must. What you get is a city that is better protected and at the same time more efficient and reliable!” said Roland Busch, CEO of Siemens’ Infrastructure & Cities Sector and member of the executive board of Siemens AG, at the presentation of the report’s initial results in New York City.

The report shows that only repairing damaged infrastructures without incorporating resiliency measures is extremely cost-intensive. Investments in resilient solutions, on the other hand, not only protect against damage, but also make urban infrastructure more cost-efficient, energy-efficient and reliable. Initial calculations based on a study of New York City’s power grid show that – without protective measures – the repair costs of natural disasters like Sandy could reach up to US$3 billion over the next 20 years. However, investing this same amount in measures to protect against wind and flood and in technologies that make power grids more robust, flexible and smarter can actually reduce damage by up to US$2 billion and also generate efficiency gains of about US$4 billion due to enhanced grid availability, stability and energy efficiency.

Co-op City in the Bronx, a residential development with 14,000 apartments and an independent power grid, is a prime example of how a proactive resilient infrastructure proved its worth during Superstorm Sandy. Electricity for the district is generated by an on-site 40-megawatt combined heat and power plant. When Sandy hit, Co-op City was not affected by the power cuts experienced by the rest of New York.

Siemens has a broad portfolio for urban infrastructure that helps cities become more resilient and sustainable. Solutions like smart grids and software solutions for rail automation, traffic management, evacuation management and building management systems contribute the most to minimizing the impact of natural hazards primarily because intelligent automation of infrastructures is a key success factor in making systems more flexible and easier to control and coordinate.

The need for investment in resilient infrastructures is increasing due to the growing hazards posed by extreme weather phenomena. In the last 40 years, the frequency and strength of natural disasters have risen considerably. According to the United Nations, the number of major hazards in the first decade of the new millennium is more than twice as high as between 1980 and 1989. Experts attribute the increase

in the number and impact of natural disasters to climate change. A growing world population aggregated more and more in cities is increasing the potential for damage many times over due to the resulting urban density.

The advantages of resilient infrastructure able to withstand natural hazards and disasters are obvious. First, resilient cities are better equipped to recover quickly during and after crises. Second, robust infrastructures are generally more resource efficient, powerful and reliable. And third, resilient technologies stabilize the operation of the most important systems – especially during a crisis.