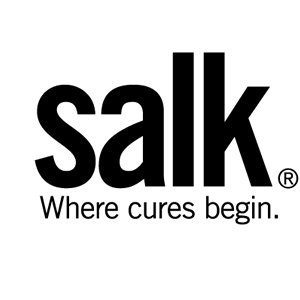 LA JOLLA—As part of its Keeping It Modern initiative, the Getty Foundation has awarded the Salk Institute a $200,000 grant to support the conservation of Salk’s celebrated concrete facades. The grant project will take place over the next five years. The announcement is part of more than $1.7 million in architectural conservation grants announced by the foundation in 2018 for 11 significant 20th century buildings.

“We at Salk appreciate how special it is that we get to conduct our work on this stunning campus,” says President Rusty Gage. “This award from the Getty Foundation helps preserve this celebrated landmark not only for those of us who are here every day, but also for the countless people who visit solely to take in the Institute’s exceptional architecture and vistas.”

The Salk Institute has been described as one of the single most significant architectural sites in the United States and has garnered accolades for its design and preservation. Salk’s original buildings, designed by preeminent American architect Louis Kahn in collaboration with founder Jonas Salk in the early 1960s, were declared a historical landmark in 1991. However, wear and tear on the historic buildings needed conservation.

In particular, the Institute identified a need to address the existing degradation and reduce the rate of future deterioration of the buildings’ concrete, which functions as a major visual element of the buildings, inseparable from Salk’s character and spatial qualities. The new award will allow Salk to implement concrete conservation to set a new model for this prevalent and challenging modern building material. The repair program incorporates methods and materials that are similar to the existing materials in character and appearance while offering enhanced durability. A benefit to many more places besides Salk, the project will inform concrete conservation practices that can be used in buildings around the world.

Salk is one of only two Keeping It Modern buildings so far to receive multiple grants. An initial Getty Foundation grant in 2014 supported a conservation management plan to guide long-term care of the site. The plan informed the current project focused on preserving Salk’s concrete facades.

Since its inception in 2014, Keeping It Modern has supported 54 national and international conservation projects that collectively address the importance of research and planning for the preservation of modern architectural heritage. This year’s grantees span the globe, including landmark buildings in Cuba, Bosnia and Herzegovina, Italy, Lebanon, the Netherlands and Ireland. Keeping It Modern was developed by the Getty Foundation to complement the Getty Conservation Institute’s Conserving Modern Architecture Initiative (CMAI). Of the 54 Keeping It Modern projects to date, two buildings (including Salk) were also supported by CMAI.

“As Keeping It Modern’s international network continues to grow, we have seen grantees increasingly identify themselves with the initiative and the principles it represents,” says Deborah Marrow, director of the Getty Foundation. “Chief among them is an emphasis on research and planning, values that have guided the Getty’s funding for decades. We believe that Keeping It Modern projects are setting a new standard.”

The Salk Institute has long been recognized for its iconic structure and dedication to conservation. In 1992, Salk received a 25-Year Award from the American Institute of Architects (AIA) and was featured in the AIA exhibit “Structures of Our Time: 31 Buildings That Changed Modern Life.” The California Historical Resources Commission determined the entire Salk campus to be eligible for nomination to the National Register of Historic Places in 2006. In the summer of 2017, the Salk Institute; Wiss, Janney, Elstner Associates, Inc.; and the Getty Conservation Institute through CMAI unveiled the successful results of a restoration project to preserve the signature teak window systems of the nearly 60-year-old modernist structure. The $9.8 million project extended the life of the wood frames by an estimated 50 to 70 years. In October 2017, the project was recognized with an Excellence in Craftsmanship and Preservation Technology award from the California Preservation Foundation.

Recognizing the unique relationship between the buildings and science of Salk, the Institute is in the midst of a significant, multiyear effort to restore and preserve its cherished architecture. With the recent establishment of the Architecture Endowment Fund at Salk, partnerships such as this one with the Getty and other funds will ensure the preservation of Salk’s facilities for decades to come.

About the Salk Institute for Biological Studies:
Every cure has a starting point. The Salk Institute embodies Jonas Salk’s mission to dare to make dreams into reality. Its internationally renowned and award-winning scientists explore the very foundations of life, seeking new understandings in neuroscience, genetics, immunology, plant biology and more. The Institute is an independent nonprofit organization and architectural landmark: small by choice, intimate by nature and fearless in the face of any challenge. Be it cancer or Alzheimer’s, aging or diabetes, Salk is where cures begin.