Founded in 2007, Egnyte delivers a content platform designed for business. Egnyte’s cloud-based platform serves as the foundation for collaboration, enabling secure file sharing and compliant data protection, while also helping to modernize infrastructure. Thousands of businesses worldwide use Egnyte products, and AEC companies are among those reaping the greatest rewards. The following are some examples:

Balfour Beatty US is an industry-leading provider of general contracting, at-risk construction management and design-build services, employing more than 4,200 people across the country. In 2017, Balfour Beatty US generated more than $4.6 billion in revenue, delivering complex vertical construction and infrastructure projects for clients in public and private sectors.

Several years ago, as the construction industry began to shift from paper to electronic files, Balfour Beatty US kicked off an $800 million contract to renovate two terminals at the Dallas Fort Worth International Airport (DFW). To move away from paper, the company looked for a digital platform that could provide secure content collaboration for internal and external teams.

While evaluating vendors, the company found that a hybrid solution would be best because it could utilize the cloud as well as augment traditional on-premises servers. The Balfour Beatty team chose to deploy the Egnyte platform, providing secure, remote access to all the latest file versions via the cloud as well as high-performance, local access using on-premises servers.

As the project carried on, more digital documents were created, and the use of paper continued to decline. When the DFW project was complete, Balfour Beatty estimated savings of more than $5 million on paper waste alone.

PCL Construction: Double the Data, Half the Spend

With roots reaching back to 1906, PCL is a group of independent construction companies in Australia, Canada, the Caribbean and the United States that operates in civil infrastructure, heavy industrial and buildings markets. PCL generates more than $8.5 billion in annual revenue and employs more than 4,500 personnel and 30,000 subcontractors at any given time.

Like most organizations in the early days of cloud adoption, PCL lacked a standardized strategy for reliable collaboration and content management. With 200-plus ongoing projects at a time, PCL felt justified to provide a dedicated file server for each. Unfortunately, this led to a digital “free for all” with data duplication, lost files, etc.

“As we continued to grow, we took a look at how much project data there would be and how spread out users were geographically,” said Chris Palmer, manager, Advanced Technology Services, PCL. “We started questioning if we could scale and if we would get the performance we needed out of an on-premises app.”

Starting small, PCL began moving data to the Egnyte platform, slowly eliminating the need for independent file servers at every jobsite. Each file server it replaced saved the company thousands of dollars on hardware as well as labor costs for provisioning that hardware. Three years later, PCL has more than doubled its data footprint but saved thousands of dollars using Egnyte to migrate more than 100TB of data to the cloud and archive more than 50TB of inactive data. 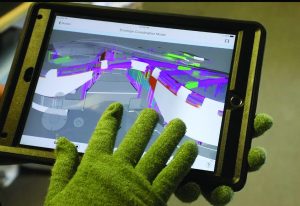 Founded in 1976, Devcon Construction Inc. has been the largest general contractor in Silicon Valley during the last 20 years, garnering dozens of industry awards for excellence and community involvement. The company is renowned for its large-scale construction projects, including Levi’s Stadium in Santa Clara, Calif., which bills itself as the most technologically advanced, eco-friendly sports complex in the world.

A common challenge that Devcon faces is enabling simple and secure access to large project plans and computer-aided design (CAD) drawings on jobsites with unpredictable internet connectivity—even in Silicon Valley. To address this obstacle, Devcon originally deployed a file server with remote access through file transfer protocol (FTP) connections. As the number of concurrent projects grew, Devcon’s legacy file system became increasingly difficult for its IT staff to manage. The team needed an easier and more-secure solution to manage files such as budgets, project plans and contracts from the jobsite.

To address these requirements, Devcon deployed NETGEAR ReadyNAS devices equipped with Egnyte, enabling Devcon employees and subcontractors to have local access to project files of all sizes, while leveraging the cloud for wider distribution and access. A modernized setup eliminated the need for costly WAN accelerators and also improved file-access performance. This saved the company nearly $30,000 for total cost of ownership within the first six months of deployment.

In addition, the ability to access files through Egnyte on any mobile device saved Devcon valuable time and resources by eliminating travel from offices to construction sites to view or download files. The company realized additional savings by cutting down overall bandwidth usage for file sharing by up to 300 percent, which across 10 sites translated to $24,000. 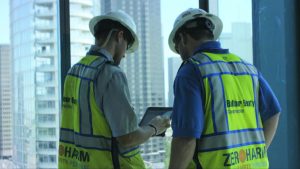 The flexibility of the Egnyte platform allows companies to modernize their infrastructure in a way that best suits their needs—whether they are looking to add on-premises hardware to remote jobsites with poor connectivity or they want to move everything to the cloud to simplify operations and optimize mobility. Egnyte can adapt to any environment so you can create a modernized foundation for collaboration and help build more profit into your projects. To find out more, visit www.egnyte.com/construction.