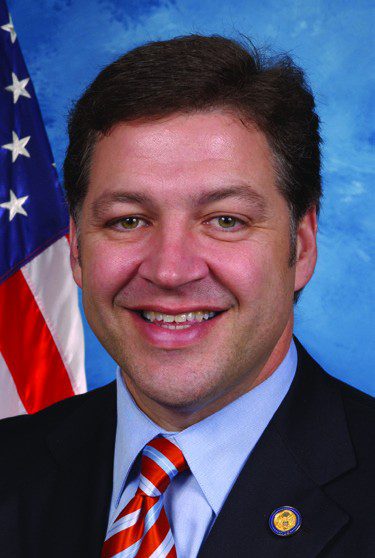 Americans know how bad the country’s infrastructure has become, particularly our roads and bridges. The growing U.S. population, currently at 328 million people and rapidly approaching 400 million, puts a tremendous strain on our already taxed infrastructure. Commuting to work, going to the doctor’s office, and getting the kids to their activities are taking us longer due to worsening roads and congestion. The people expect their federal elected leaders to act to improve these problems, but so far Washington hasn’t done enough.

For example, one of the most important mechanisms for federal infrastructure investment is the Highway Trust Fund (HTF), a user-fee-supported fund established at the time when President Eisenhower also signed the law creating the Interstate System.

The HTF is largely supported by the gas and diesel taxes we all pay at the pump, but it is in serious trouble. Those user fees have remained flat for the last quarter-century, fuel efficiency continues to improve, and more and more vehicles operate on battery power. The Congressional Budget Office estimates that the HTF could go bust as soon as 2020—right in the thick of the next election—and suffer a cumulative funding shortfall of more than $160 billion by fall 2028.

As a conservative, I strongly believe in the user-fee principle; if you use something, you should help pay for it. But these fuel taxes are becoming obsolete as user fees, and we need to find 21st century solutions for funding our infrastructure.

That is why I released a draft infrastructure proposal in July 2018 that proposes change through new ideas. We need to renew the vital conversation about how we are seriously going to address our infrastructure. My draft is built on four pillars: reforming the HTF, strengthening infrastructure investment, utilizing innovative financing and accelerating project delivery.

To reform the HTF, my proposal first recognizes that our investment has not kept up with our needs. By adjusting the gas and diesel taxes by about the cost of two bottles of water per week for the average driver, we can keep the HTF solvent for the next 10 years and provide billions of additional dollars to fix crumbling bridges, add lanes to crowded highways, and more.

Then, after 10 years, my proposal would permanently eliminate federal gas and diesel taxes. This is necessary to ensure the solvency of the HTF well into the future.

In the meantime, a Highway Trust Fund Commission made up of transportation and funding experts would study how best to achieve a more viable, responsible, 21st century user-fee system and present its recommendation to Congress for a simple up-or-down vote. The Commission’s only restriction is that it cannot propose business as usual: no reinstatement of gas and diesel taxes. An innovative, sustainable solution must be found.

My proposal also provides for direct federal investment in an array of transportation projects, including projects that use new innovations and technologies to transform the way we move goods and people. For example, it provides states with an additional year of certainty to plan and carry out highway and transit projects by extending the Fixing America’s Surface Transportation (FAST) Act through fiscal-year 2021.

Furthermore, my proposal is designed to remove barriers to private investment and encourage more private-sector participation in rebuilding our nation’s infrastructure. Provisions in the draft would establish a public-private partnership (P3) program for the construction of public buildings, create a federal capital revolving fund to help construct federal buildings, allow P3s for Coast Guard housing (as in other branches of the military), and make it easier to leverage an underutilized loan program—Railroad Rehabilitation and Improvement Financing (RRIF)—for the private sector to build rail infrastructure.

Additionally, the draft authorizes incentive grants to encourage public entities to lease their infrastructure to the private sector, and then use both the funding from the lease and grant to further improve other public infrastructure.

Finally, because we cannot afford to let infrastructure improvements continue to get bogged down in bureaucracy, my proposal would speed up environmental reviews and permitting, while still protecting the environment. For example, it would allow greater use of categorical exclusions for transportation projects, create a pilot program to test innovative approaches to the environmental review process, and ensure that the Department of Transportation can carry out the reforms and two-year permitting deadlines called for under the Administration’s One Federal Decision Executive Order.

My proposal offers one set of potential solutions to our challenges, but it is not the only avenue to improving our infrastructure. We need to hear more responsible ideas.

I encourage anyone—including my Republican and Democrat colleagues and all stakeholders—to read my proposal and begin a serious discussion about how we are going to stop relying on 20th century approaches to building a 21st century infrastructure for America. Our leaders must agree to stop looking behind us if we want to move forward.

The full proposal can be accessed at transportation.house.gov/building21.