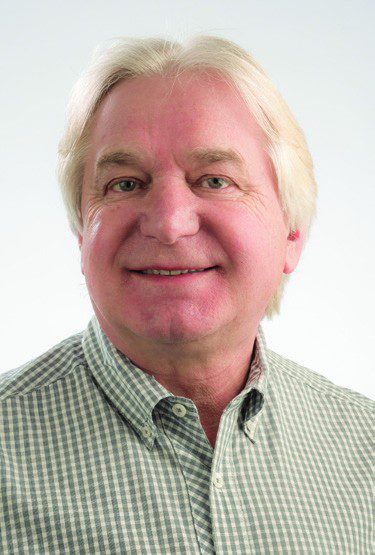 California is most associated with earthquake risk, but the U.S. Geological Survey (USGS) points out that while all U.S. states have some potential for earthquakes, 42 of the 50 states “have a reasonable chance of experiencing damaging ground shaking from an earthquake in 50 years.” 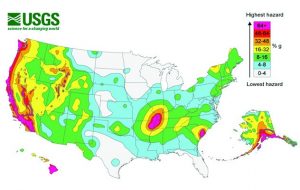 The building code for seismic monitoring requirements in California was developed after a series of large earthquakes rumbled across the Los Angeles and San Francisco areas in the mid-1990s. Recommendations were available before these significant incidents, but, in 2007, it became compulsory for any building developed after July 1965, greater than six stories in height and with an aggregated square footage of 60,000 square feet or more—or any building more than 10 stories—to comply with a new section in the building code for seismic monitoring.

The code outlines what monitoring instrumentation (at a minimum) is required, in addition to the necessary instrumentation components. The primary interest of seismic monitoring is to record the motion of the overall building structure, especially unusual motions or changes in the characteristics of the building’s motions. This overall building response motion can be characterized by the following:

• Vibration amplitudes at specific locations, in terms of peak acceleration and response spectra.

• Dominant frequency of vibration at different levels of the building.

The required monitoring solution includes three accelerometers: one placed in the basement, one at the building’s midpoint and one on the top floor or roof of the building. These accelerometers record signals detected from shaking, and such data then are used to create a report detailing the structural integrity of the building following an event. California building code authorities can require the data be shared in a Shake Report or Hardware Compliance Report at any point following a seismic event.

Part of the seismic monitoring building code requires building owners to submit a Hardware Compliance Report every 12 months, demonstrating a test of their monitoring system to ensure it’s working properly. The system is tested by the California Geological Survey (CGS) or a certified test agency such as the monitoring solution manufacturer.

It’s recommended by the Los Angeles Tall Buildings Structural Design Council to have a more advanced system, including more measurement points, for buildings greater than 10 stories. For these taller buildings, it’s much more complex than having three points of measurement, including a specification for a recommended number of channels (a series of codes emitted by each station) based on building height. The minimum number of channels recommended for floors above ground is proportional to building height as per the following table from “An Alternative Procedure for Seismic Analysis and Design of Tall Buildings Located in The Los Angeles Region,” Los Angeles Tall Buildings Structural Design Council, 2008. 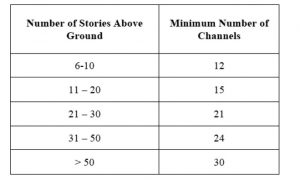 A third type of instrumentation required in California is specific to state structures. For these buildings, the California Strong Motion Instrumentation Program (CSMIP) in the CGS of the Department of Conservation develops unique implementation layouts. Two companies, including REF TEK®, a Trimble brand, are qualified to meet the detailed requirements in providing monitoring solutions for state buildings. CSMIP installs the monitoring devices at various structures throughout California, including buildings, hospitals, bridges, dams, utilities and industrial facilities. Sites are selected by engineers and scientists representing industry, government and universities. The program has installed more than 900 stations, including 650 ground-response stations, 170 buildings, 20 dams and 60 bridges.

Should other states publish recommendations or requirements, they would follow California code. For now, architects can recommend monitoring instrumentation for buildings in any state. If they’re included in the design criteria, the construction company must comply, or the building will not receive its certificate of occupancy.

In most cases, however, the structural design and building materials meet published criteria to withstand shaking from small or moderate magnitude earthquakes with Peak Ground Acceleration of hazard zone 4 or greater. On high-rise buildings, there are several other sensors—temperature, wind and more—that monitor the health of the building. In some cases, such as in New York and Chicago, these sensors are considered adequate for monitoring a structure’s safety.

More recently (around 2011/2012), the Los Angeles Department of Building Safety and the San Francisco Department of Building Inspections began to more-strictly enforce the seismic monitoring code after conducting an inventory of all buildings requiring instrumentation, based on height and aggregate square footage.

Assessing the potential damage from seismic activity to the population, structures and infrastructure, states other than California, Oregon and Washington may find the need to take a second look at their seismic monitoring building codes to protect their communities today and into the future.

Leonid Zimakov, PhD, is a seismic market manager for REF TEK®, a Trimble brand. During the last 40 years as a seismologist, he has conducted research on earthquake prediction and remote earthquake triggering, managed geophysical networks, and has been responsible for sales and marketing of monitoring solution products; email: [email protected]