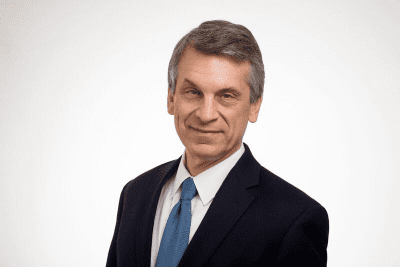 Sandalow is the Inaugural Fellow at the Center on Global Energy Policy at Columbia University’s School of International and Public Affairs (SIPA).  He writes and speaks widely on energy policy and has served as Honorary Chair of the U.S. Energy Storage Association’s annual conference. From 2009-2013, Sandalow served in senior positions in the U.S. Department of Energy, where he helped oversee the department’s renewable energy, energy efficiency, fossil energy, nuclear energy, and electricity delivery programs with an annual budget of more than $3.5 billion.

“David Sandalow has a distinguished record of accomplishment on energy and environmental issues and we are delighted to have him on the Highview Power team,” said Javier Cavada, President and CEO of Highview Power. “His counsel will be very valuable as we work with our partners, utilities, grid operators, and government officials to deploy LAES onto the grid and enable wind and solar to penetrate our baseload power generation mix at increasing levels.”

Highview Power’s proprietary liquid air energy storage (LAES) technology is based on the principle of air liquefaction, which enables the easy storage of gases in cryogenic liquid form. The process involves a 700-fold expansion in volume from liquid back to gas, which releases the stored energy, powering turbines and generating electricity. This enables Highview’s system to store energy in increments measured in days rather than hours, at half the cost of lithium-ion batteries when deployed at scale, with no siting constraints, and while releasing zero emissions in the process. It utilizes long-proven technology with an economic useful life of over 30 years. The company has already deployed two plants in the UK, the latest the 5 MW/15 MWh Pilsworth LAES plant that was officially launched in June.

About Highview Power
Highview Power is a designer and developer of true long duration energy storage solutions for utilities and distributed power systems. The company’s proprietary technology uses liquid air as the storage medium and its custom designed Liquid Air Energy Storage (LAES) solutions can deliver anywhere from 10MW/40MWh to more than 200MW/1.2GWh of energy. LAES has been developed using proven components from mature industries to deliver pumped-hydro capabilities without geographical constraints and it can be configured to convert waste heat and cold to power. For more information, visit: www.highviewpower.com