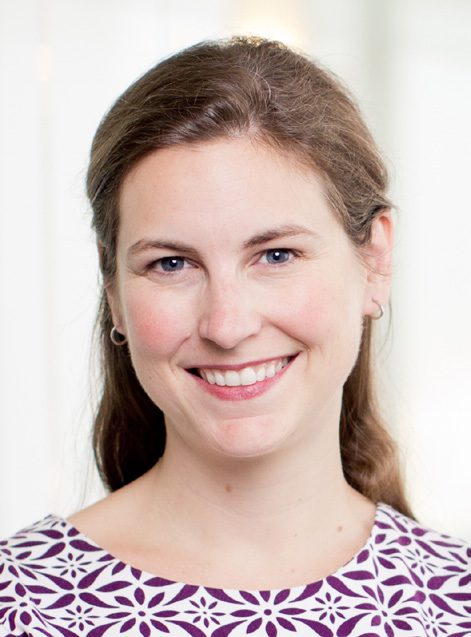 V1 Media: Please provide a summary of your career and education.

Dubeck: I’m currently a partner at O’Melveny in our project development and real estate group. I practice in large-scale infrastructure development in transportation as well as energy and water. I’ve been at the firm for about 11 years now. I studied law at Georgetown University Law Center and as an undergrad at Yale University.

V1 Media: Tell me a little bit about the firm, what they specialize in, and what you typically do for them.

Dubeck: The firm is a global full-service law firm, performing litigation and transactional work. I work on the transactional side, including large-scale infrastructure development and operations in transportation, energy and water. I’m also active in our multidisciplinary water practice.

We view the water sector as increasingly important during the next few decades, so I’ve developed a focus on the water industry to serve clients across the broad spectrum of issues in that regard. We have a multidisciplinary group that works together on our litigation side and our transactional side.

We advise infrastructure clients on regulatory matters and work on compliance issues. We also are active in litigation in terms of water rights and water management as well compliance with sustainability and water-quality issues.

V1 Media: You regularly advise on large P3 infrastructure projects. How did you get involved in that, and can you describe some of the projects you worked on?

Dubeck: In terms of large P3 projects, I do that more in the transportation sector. We do a lot of airport work, for example, the LaGuardia central terminal project in New York. My partners also do a lot of work in sustainable and renewable energy in solar and wind. And we frequently do a lot of work in social P3 and social infrastructure. One of my partners does a lot in higher education, nonprofits and museum work. As a firm, we touch all aspects of certain large-scale P3 and infrastructure as that industry is developing in the United States.

Water tends to be a little behind sectors such as energy in terms of innovation, and that’s part of the reason we’re focusing on water as an increasingly important industry over the next couple of decades. The innovation, development and money that has gone into renewable energy is overdue in the water space, so we’re expecting additional work in the coming years in that sector.

V1 Media: What is Proposition 68, and how is it expected to work?

Dubeck: Proposition 68 was recently passed in California, and it combines a parks and water bill; about two thirds of the funding is for parks as well as wildlife management. The remaining third is for water, specifically water infrastructure and things such as water supply, clean-water management and flood-protection work. The bill itself outlines a dozen specific areas that are eligible for funding, and one of the special things about this bill is that it really focuses on those underserved communities highlighted by this bill.

It also provides funds for some of the really critical projects that are coming up in California’s water-management plans, including $200 million for Salton Sea protection and remediating some of the problems related to the deteriorating Salton Sea. Proposition 68 is long ranging and addresses a broad range of water projects that are important to a variety of communities across the state.

V1 Media: How much support did the bill get from voters?

Dubeck: I think it received about 57 percent support. It was pretty impressive, particularly in light of an additional, larger water bond that’s coming up in November.

V1 Media: How much money is allocated in Proposition 68, where does the money come from, how will it be spent, and what are the spending objectives and restrictions in the bill?

Dubeck: The total is $4.1 billion in funds. About two thirds of the money goes for various parks projects, making funds available for local community parks. The water aspects of this bill include $500 million for flood protection.

Money is available for competitive grant programs, for various government agencies, and nonprofits can apply for funds for their particular projects. Priorities are given to projects in underserved areas, in areas that haven’t previously received funds and also in areas that can leverage funds from other sources—private funds as well as federal and local funds.

V1 Media: Proposition 68 is a bond measure. What does that mean?

Dubeck: It’s not an income tax; this is an authorization for the state to issue what’s known as a general obligation bond to generate these funds. So they’d borrow the money from bondholders, who buy the bonds—that’s how the state gets the money, from the people who purchase the bonds. And then the state has an obligation to pay the bond investors back, with interest, over time. So it’s not an additional tax on bondholders; it’s the general revenues of the state that will be used to repay these bond funds through time. It’s called a general obligation bond that’s paid back from the general state revenues.

Dubeck: There certainly is a focus on making efficient use of state funds. There was less opposition to the bill in terms of the value of the projects that were in it, but there was some opposition saying that, “There’s a state budget surplus, the state shouldn’t be incurring this debt to pay for these things,” but they’re really important.

Giving priority toward projects that would leverage other funds makes the bill more attractive to voters. It wasn’t explicitly sold that way, but the efficiency of how this money is spent and the ability to leverage other funds is an important way for the state to ensure that money is being spent wisely.

In terms of which kind of projects could potentially involve private investment, I think there are a number of options. Infrastructure projects such as flood-protection facilities are some of the larger infrastructure that we need to build. Also, groundwater investments, recharge facilities and things along those lines serve large communities and require extensive funds.

V1 Media: How are you personally involved in the proposition, who are you representing, and do you have a role going forward?

This bill touches on a lot of the ways in which water is used in the state and will continue to be used going forward, including things like sustainability, groundwater quality and management. These are things that affect our clients across the board, in California and elsewhere, to the extent that they have operations in California that need to have access to clean water. Also, flood protection in places like the Central Valley can provide huge gains for businesses and companies operating in California.

V1 Media: You help with privatization of government-owned assets. What does that mean?

Dubeck: We’ve done more of that in terms of transportation and energy assets, compared to water. The LaGuardia central terminal building in New York is one of the early and largest airport sector privatizations to date.

V1 Media: Could you describe the November 2018 privately backed initiative authorizing approximately $8.9 billion of California state funds to fund a variety of water related infrastructure projects? Are you working on this proposal?

Dubeck: We are involved in ongoing client advisory work and helping clients understand what funds are going to be available, and how this can impact their ongoing business. We’re not involved in sponsoring the proposal or in lobbying. We’re helping to prepare our clients and advise them on the ramifications of these bills.

It’s a $9 billion bill that’s entirely water focused, unlike the most-recent bill that passed, which is a parks and water bill—this is entirely water focused and larger in scale. It addresses some of the same projects that the June bill addressed, including another $200 million for Salton Sea projects, but also has unique aspects that include substantial funds for implementation of the Sustainable Groundwater Management Act to allow local and regional governments to manage their groundwater; about $640 million of the funds are allocated for that. There’s another $500 million for public water infrastructure improvements, so, much like the June bill, it has a broad range of different types of projects that are eligible for funding.

This bill, also like the June bill, explicitly gives priority to projects that leverage other funds. So we anticipate there being opportunities for our private clients and investors working in the water space to partner with local regional communities to make use of those funds in terms of supporting a broad range of water-sustainability, water-management and water-conveyance projects.

V1 Media: Is there anything you’ve learned from this experience that you could pass on to our readership?

Dubeck: Looking at these bills, as compared to Proposition 1, which was the last major water infrastructure bill back in 2014, the funds for Proposition 1 were very specifically allocated to funding the public-benefits portions of projects, so there were a lot of hoops to jump through that still are being worked through in making sure the projects fit within the requirements for receiving funding under that bill. The June and November bills are not as narrowly focused on only funding the public-benefits portions of these projects, so there should be a bit more flexibility in which projects are eligible for funds, because there’s such a broad range of different projects that are eligible. A huge variety of opportunities are available for communities as well as engineers and contractors. These projects have significant benefits to the state of California and can be done efficiently and delivered in a relatively quick timeframe. We can sooner start seeing actual infrastructure on the ground.