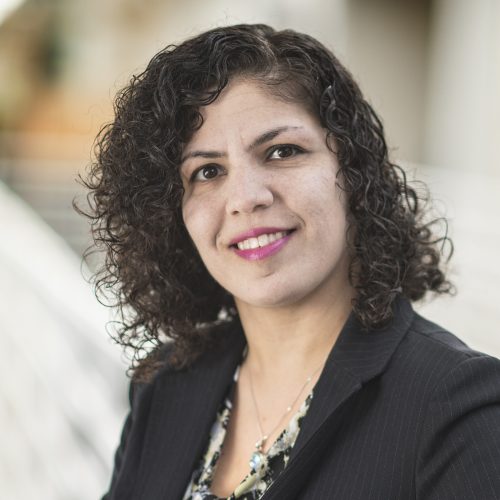 Shima Hamidi, a UTA assistant professor of urban planning in the College of Architecture, Planning and Public Affairs

University of Texas at Arlington researchers determined in a new study that subsidized housing is not affordable in the Dallas-Fort Worth region because its location does not make it transportation friendly.

Shima Hamidi, assistant professor in the College of Architecture, Planning and Public Affairs, and two of her doctoral students, Jinat Jahan and Somayeh Moazzeni, published “Does Location Matter? Performance Analysis of the Affordable Housing Programs with Respect to Transportation Affordability in Dallas Fort Worth (DFW) Metropolis” in the Transportation Research Record Journal. The journal is sponsored by Transportation Research Board, one of seven program units of the National Academies of Sciences, Engineering, and Medicine.

Adrian Parr, dean of the College of Architecture, Planning and Public Affairs, said Hamidi’s work is essential to this region, which is one of the fastest growing parts of the country.

“It is important that as we set out to identify solutions to the challenges North Texas faces, we articulate the problems that frame our solutions from the vantage point of who is most impacted and how,” Parr said. “This is one of the primary strengths of Dr. Hamidi’s study. Namely, inequity is a product of how policy, planning and design overlap. Mitigating inequity then necessarily involves deliberately working at their points of intersection.”

Federal authorities define affordable as a household spending less than 30 percent of its budget on housing.

Hamidi said that planners believe any household spending more than 15 percent of its budget on transportation is really over a realistic threshold.

“When you roll in the purchase or lease of a vehicle, insurance, upkeep, gasoline, parking fees and everything else, transportation becomes unaffordable for many people in the DFW region,” Hamidi said.

She said millions are being spent on local HUD housing but users of that housing are spending even more money on transportation.

“The reason for the unaffordability is that many times, public housing users have no alternative than to purchase a car,” Hamidi said. “There are no other transportation options for them.”

The lowest expenditure, according to the study, found to be 2.14 percent for a home property located in downtown Dallas. In contrast, a property supported federal housing program located in a suburban area, 35 miles north from downtown Dallas, is spending 25.76 percent of their budget on transportation, the highest in the area.

For all cases in the study, location and distance from daily destinations, availability of transit services, accessibility, street connectivity and mixed-use development are found to be influential for properties’ affordability in terms of transportation costs.

The findings make it clear that location matters for assisted housing properties to be truly affordable in terms of both housing and transportation costs.

Comments are disabled
NEXT ARTICLE
CAF Selects Teleste’s On-board Solutions for its Metro Trains in the Cities of Manila and Naples
September 28, 2018
PREVIOUS ARTICLE
Petroteq Reaches Commercial Production Milestone and Publishes Statement From the CEO
September 28, 2018