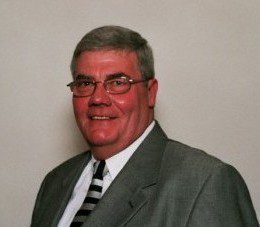 (St. Louis, MO) – It is with a heavy heart that Western Specialty Contractors announces the passing of former Chief Operating Officer Jim Rechtin, Sr. on Sept. 17 following a battle with cancer.

All who knew and worked with Rechtin described him as a dedicated business partner, family man and friend whose leadership qualities and expertise helped to grow Western.

“I will always think of Jim for his instinctive way of communicating with people, no matter who they might be,” said Western CEO Ben “Butch” Bishop, Jr. “He truly was a person who led by example, never asking anyone to do something more than he would do himself. The loss of Jim will be felt by all, but his spirit and reputation will be with us forever. Jim had a famous line at work he used for decades, “Who loves you”, well Jimmy the simple answer is we all do!”

Prior to his retirement, Rechtin worked to prepare his successor Tom Brooks for the COO position and had plans to continue working with Western’s senior management team on a consulting basis during his retirement.

Brooks fondly remembers the time he spent learning from and working with Rechtin.

“Jim was a boss, mentor, friend and father-figure. He was able to draw the best out of people through firm authority, company dedication and a larger-than-life love of people. Jim was the leader you never wanted to let down. The operations department will miss him dearly,” said Brooks.

A mass celebrating his life will be held on Saturday, Sept. 22, 9:30 a.m. at Queen of All Saints Catholic Church in St. Louis County, MO. Contributions in Rechtin’s name can be made to St. Jude Children’s Research Hospital in Memphis, TN.

Family-owned and operated for over 100 years, Western Specialty Contractors is the nation’s largest specialty contractor in masonry and concrete restoration, waterproofing and specialty roofing. Western offers a nationwide network of expertise that building owners, engineers, architects and property managers can count on to develop cost-effective, corrective measures that can add years of useful life to a variety of structures including: industrial, commercial, healthcare, historic, educational and government buildings, parking structures and sports stadiums. Western is headquartered in St. Louis, MO with over 30 branch offices nationwide and employs more than 1,200 salaried and hourly professionals who offer the best, time-tested techniques and innovative technology. For more information about Western Specialty Contractors, visit www.westernspecialtycontractors.com.