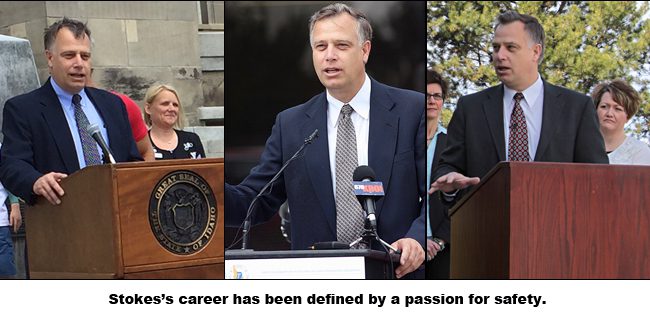 ITD Chief Deputy Scott Stokes has spent his entire career advocating for highway safety issues, and that focus earned him the Lifetime Achievement Award from the American Association of Motor Vehicle Administrators (AAMVA).

AAMVA presented the award to Stokes during their annual conference, Aug. 23 in Philadelphia, Pennsylvania. 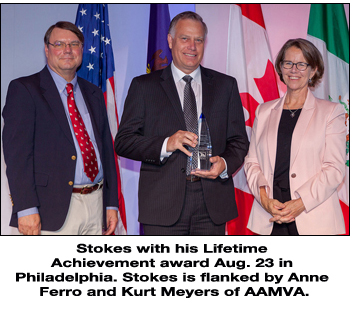 Stokes began with ITD in December of 1991 as a staff engineer in the bridge section at ITD headquarters, after some time spent in the private sector. He then began a rapid ascent. In 1993, he moved north to become a project development engineer in Coeur d’Alene. Eighteen months later, he returned to Boise to become the state bridge engineer. Then, in 1996, he accepted the position of District 1 Engineer, and moved back to Coeur d’Alene.

In February 2007, Stokes transferred from his job as District 1 Engineer to a new job as Deputy Director at headquarters. He stepped up to serve as interim Director from July 2009 to January 2010.

Through these positions and his passion for safety, Stokes led the effort to make improving highway safety the top priority for all employees.