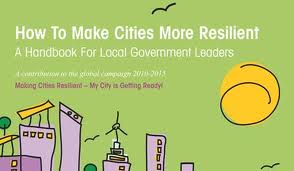 The UN human settlement agency has announced 10 partner cities for its City Resilience Profiling Program (CRPP) that will develop a comprehensive urban planning of cities across the globe. The UN Human Settlements Program (UN-Habitat) said late Wednesday that the CRPP will develop a comprehensive and integrated urban planning and management approach for profiling and monitoring the resilience of any city, to all plausible hazards.

The CRPP will work through partnerships with stakeholders including international agencies such as UNISDR, academic and research institutes, private sector actors, and NGOs.

“These cities – were selected based on the proposals submitted to UN-Habitat against its call for proposals in November 2012, and represent a good balance of geographical and economic distribution, population size, hazard profiles, and commitment to the resilience agenda,” UN-Habitat Executive Director, Dr. Joan Clos said in a statement issued in Nairobi.

Clos who attended the 24th Session of UN-Habitat’s governing which kicked off in Nairobi on Monday welcomed the partnership with all ten city governments.

“UN-Habitat looks forward to achieving our mutual goals of; reducing loss of lives and assets, protecting development gains, and ensuring continuity of public and private services through any potential crises impacting cities throughout the world,” Clos said.

He said UN-Habitat is also grateful for the contributions by the City of Barcelona which includes hosting the office of the secretariat of the Program.

Meanwhile, the UN-Habitat has unveiled the City of Medellin as the venue of the Seventh session of the World Urban Forum due next year, 2014.

Clos hosted top officials from the Colombian government and the city of Medellin in unveiling the venue. After a bidding process with other cities, Medellin got the honors of being chosen to host next year’s event.

Clos expressed optimism that the great and exciting changes seen in Medellin would help stakeholders from other cities of the world- especially those undergoing urbanization challenges- would serve as an incentive so that when they go back home they can replicate the same.

According to the representatives of the Colombian government and the city of Medellin the choice was a great honor to them.

They said that after many decades of being depicted as a place of violence and non-growth, Medellin had turned a new chapter which it wanted to show case to the world.

The Colombian officials extended a warm invitation to all the delegates who will be heading to their city and promised them an experience to last a life time.