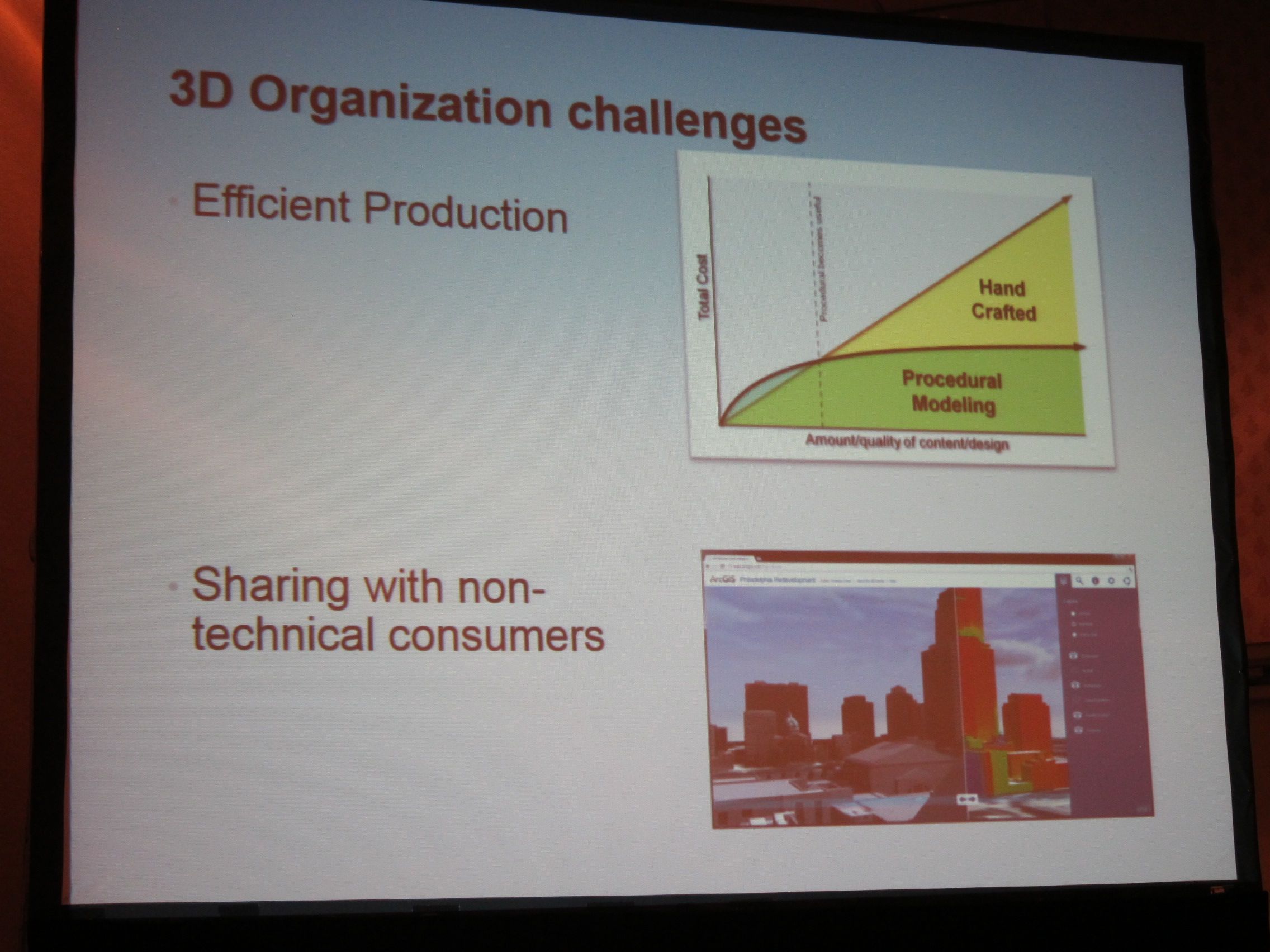 Esri ran a 3D Production workshop at the SPAR Conference today in Colorado Springs. With the acquisition of Procedural and their CityEngine technology, Esri has added all new capabilities for 3D data production for individual projects, cities or even countries. In just a few years after acquisition, this new 3D data creation capability and the resulting 3D models are now easily used within ArcGIS 10.1, with its new 3D city model. The combination of the two allows for the automated creation of 3D data at different scales and details, allowing users to map their 3D model once and use it many times. There are two primary goals with this technology, to enhance efficient 3D production and to make the 3D more accessible. 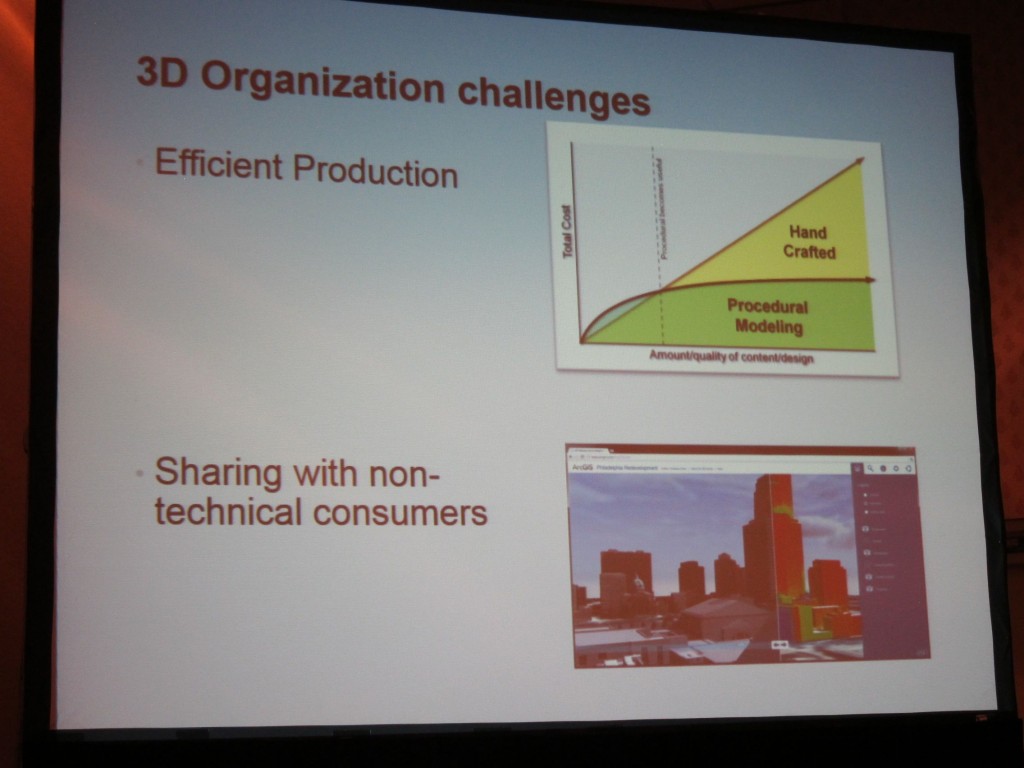 With the 3D City models, you can tie into existing GIS data for the built environment, such as buildings and interiors, transport and utility networks, and tree inventories. There is also the ability to tie into legal and environmental detail, to model all details for your geography, including project constraints.

The 3D models can also be shared via Web Scenes, allowing you to publish 3D basemaps in both 2D and 3D online. This interactive online visualizations allow you to do such things as video flythroughs of the model to highlight specific areas, embedded within your website.

Augmented reality is one area that Esri is working on to extend the use of 3D modeling in the hands of various users.  Work is ongoing now with users from the aviation industry. The workflow involves the creation of data in CityEngine and then pushing to ArcGIS for Aviation, taking in CAD and GIS information into a 3D environment along with such aviation-specific feature and concerns, such as obstacle recognition.
The aviation work builds on the long involvement of the aviation community with ArcGIS.

Ongoing work is being done to extend this 3D ArcGIS modeling capability via a runtime extension to enable the use of this data and models on mobile devices.

Esri will further highlight 3D capabilities at the 3D Mapping Forum that will take place the Sunday of the Esri User Conference, on Sunday, July 7 at the San Diego Convention Centre. Among the partners that will be present are Optech, CyberCity 3D, Nokia, Microsoft, QCoherent and Riegl. Details on the event can be found here