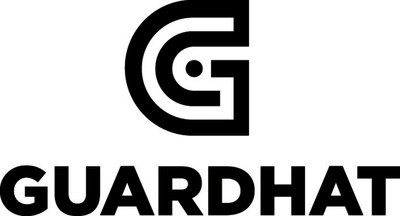 DETROIT – Guardhat, the world’s leading Internet of Things (IoT) industrial safety technology developer specialized in developing wearables, infrastructure and software platforms to provide a safer and more productive work environment, today announced the continued expansion of its operations with the move of its headquarters to downtown Detroit. The Detroit location will oversee all global Guardhat operations, including its satellite offices in Boulder, Colorado; Chicago, Illinois; Bangalore, India; and Paris, France.

“Detroit continues to be a leading driver of innovation and technology, making it the ideal place to coordinate our business operations as we continue to scale,” said Saikat Dey, CEO of Guardhat. “Detroit’s established manufacturing industry and developing tech community provide the perfect backdrop for Guardhat, as represented by the city’s adept manufacturing identity and intelligent software ingenuity. We couldn’t be more excited to play our part in the city’s continued growth and revitalization.”

Guardhat will move its entire executive management and software development team from the company’s Southfield, Michigan offices to the Bedrock-operated 1520 Woodward Avenue Building – adding to the hundreds of businesses already operating in Detroit’s fintech, mobility, marketing and tech-development ecosystem.

“The Guardhat team is dedicated to developing advanced technologies focused on saving lives and protecting the health of industrial workers,” said Mark Schlander, Global VP of Sales, Alliances and Marketing at Guardhat. “Our team members play a crucial role in developing the software necessary for preventing the millions of injuries that occur on the job each year, all the while being a part of one of the fastest growing tech hubs in the Midwest. We look forward to growing our team, and moved to Detroit because we knew it was a magnet for these kind of talented individuals to be drawn to.”

Guardhat has raised more than $21 million in financing over the past year and secured partnerships with leading industrial and technology companies, making it one of the fastest-growing IoT safety providers in the world. Guardhat holds 8 patents on Connected Worker, Real Time Location Systems and Wearable Solutions.

Detroit-based Bedrock is a full-service real estate firm specializing in acquiring, developing, leasing, financing, and managing commercial and residential buildings. Since its founding in 2011, Bedrock and its affiliates have invested and committed more than $5.6 billion to acquiring and developing more than 100 properties, including new construction of ground up developments in downtown Detroit and Cleveland totaling more than 18 million square feet.

Bedrock’s real estate portfolio consists of more than 330 office and retail tenants in Detroit’s technology-centric downtown. Additionally, Bedrock is dedicated to creating jobs and investing in job training. Over the last year, the company has invested in both the Randolph Technical Center and the Breithaupt Career and Technical Center in Detroit to build a pipeline of talent for Detroit’s growing economy. For more information, visit bedrockdetroit.com or engage with us on Twitter @BedrockDetroit and Facebook.