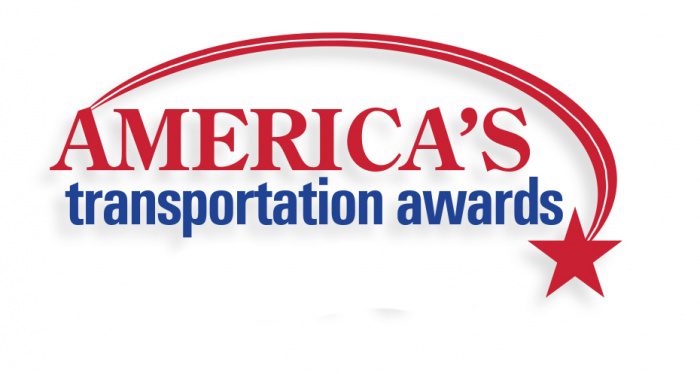 TRAVERSE CITY, Mich. – Eight outstanding transportation projects from five mid-America states were honored today in the fourth and final regional America’s Transportation Awards competition. The projects were recognized for major achievements, including: engaging small businesses through a “first of its kind” training program; replacing bridges to reconnect communities after major flooding; increasing mobility through a $2 billion overhaul of the most popular Amtrak route in the Midwest; and modernizing an aging freeway to improve safety and economic development.

“State DOTs are committed to making America safer, better and stronger by improving connections between communities both large and small, urban and rural,” said John Schroer, president of the American Association of State Highway and Transportation Officials and commissioner of the Tennessee Department of Transportation. “The transportation projects in this competition are part of a national multimodal network that is moving millions of people and tons of goods where they need to go every day.”

Sponsored by AASHTO, Socrata, AAA, and the U.S. Chamber of Commerce, the 11th annual America’s Transportation Awards competition recognizes transportation projects in three categories: Quality of Life/Community Development, Best Use of Technology and Innovation, and Operations Excellence. Project categories are also broken down by size: small (projects costing less than $25 million), medium (projects that cost between $25 million and $200 million), and large (projects costing more than $200 million).

The Mid America region winners are:

These award winners are the last to be announced in the regional competition. The three highest-scoring projects from each region will earn a place on the list of “Top 12” projects. Those 12 projects will compete for the Grand Prize, selected by an independent panel of industry judges and the Socrata People’s Choice Award, which is chosen by the general public through online voting. The top two winners also receive $10,000 cash awards, to be donated to a charity or scholarship of the state DOT’s choosing. The Top 12 projects will be announced on Aug. 30, when online voting for the Socrata People’s Choice Award will begin. The winners of the top two awards will be announced Sept. 23 at the AASHTO Annual Meeting in Atlanta.

Learn more about the nominees and the competition at www.AmericasTransportationAwards.org