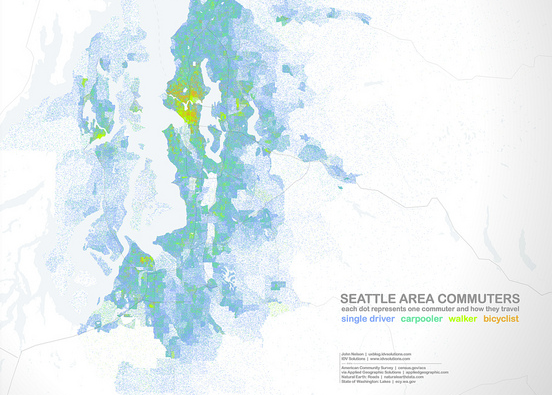 King County and the city of Seattle have agreed to invest in major upgrades to local sewage and combined stormwater collection, piping and treatment under settlements with the Department of Justice and the U.S Environmental Protection Agency (EPA). The state of Washington was a co-plaintiff and partner in these settlements.

The agreements are the result of extensive federal and state government cooperation and pave the way for employing more “green infrastructure” projects like green roofs, permeable pavements, and urban runoff gardens, which help reduce demands on local sewer and stormwater systems.

“Today’s settlement will substantially reduce overflows of sewage-contaminated stormwater into the Puget Sound and other area waterways and significantly benefit the environment and health of residents of King County and Seattle,” said Ignacia S. Moreno, Assistant Attorney General for the Justice Department’s Environment and Natural Resources Division. “The agreement provides a long-term planning approach to managing the area’s stormwater that integrates green infrastructure and requires improvements to system-wide sewer operations and maintenance.”

Both agreements allow the city and county to use an integrated planning approach, which encourages communities to set their own clean water project priorities and invest in fixing the most pressing problems first. The settlements also require King County and Seattle to develop and implement a joint plan to improve system-wide operations and maintenance, since Seattle conveys the combined sewage it collects to King County’s system for treatment prior to discharge.

The agreement allows the county to substitute green infrastructure projects, like green roofs, permeable pavements, and urban gardens, which help reduce the demands on local sewer and stormwater systems, at four of its sewer overflow control projects.

Between 2006 and 2010, King County discharged approximately 900 million gallons of raw sewage to waters of the United States on an annual basis through discharges from its combined sewer system. During this time period, the county also violated the effluent limitations of its discharge permit, including fecal coliform at more than one of its wastewater treatment plants, and allowed wastewater to bypass secondary treatment at one of its wastewater treatment plants in violation of its discharge permit and the Clean Water Act.

CITY OF SEATTLE
Under the settlement with the city of Seattle, the city will develop and implement a long-term plan for better controlling sewer overflows and improve system-wide operations and maintenance. The city will also implement plans to control fats, oils, and greases, and reduce debris being discharged by the system. In addition, the settlement provides Seattle with the opportunity to also use an integrated planning approach and to substitute green infrastructure at several of its sewer overflow control projects. By implementing these measures, the city will reduce its raw sewage discharges by approximately 99 percent at an estimated cost of $600 million. Seattle will also pay a civil penalty of $350,000.

Between 2007 and 2010, Seattle discharged approximately 200 million gallons of raw sewage into area waterways on an annual basis. During this time period, the city also improperly operated and maintained its sanitary sewer system, resulting in unauthorized discharges of raw sewage to public and private properties, including basement backups.

Keeping raw sewage and contaminated stormwater out of the waters of the United States is one of the EPA’s top priorities. Reductions in sewer and stormwater overflows are accomplished by obtaining cities’ commitments to implement timely, affordable solutions to these problems, which may also include the use of Integrated Municipal Stormwater and Wastewater Plans. This approach can also lead to more sustainable and comprehensive solutions, such as green infrastructure, that improve water quality and enhance community vitality.

The settlement, lodged today in the U.S. District Court for the Western District of Washington, is subject to a 30-day public comment period and approval by the federal court.

More information about the settlement:www.epa.gov/enforcement/water/cases/washington.html

Comments are disabled
NEXT ARTICLE
Our Infrastructure Isn’t Ready for Climate Change
April 30, 2013
PREVIOUS ARTICLE
Australian Cities Plan with Wildlife in Mind Thanks to a New Tool
April 30, 2013