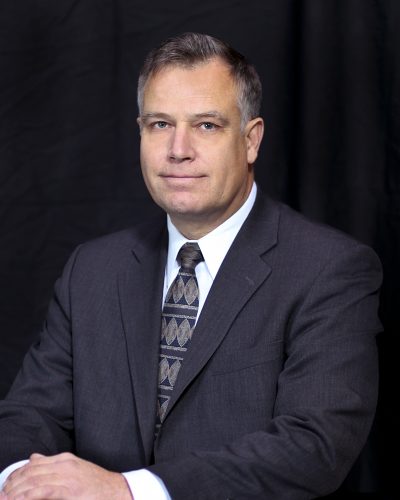 AAMVA presented the award to Stokes during their annual conference, Aug. 23 in Philadelphia, Pennsylvania.

“While many people throughout Idaho deserve credit for all the great work they are doing, Scott Stokes has demonstrated long-term, unwavering commitment and leadership to keep everyone driving forward toward our goal of saving lives,” said Mary Hunter, who was ITD’s Office of Highway Safety Manager from 2007-2011. “He made saving lives a priority. These are not just numbers, but lives saved and families kept whole.”

Stokes began with ITD in December of 1991 as a staff engineer in the bridge section at ITD headquarters, after some time spent in the private sector. He then began a rapid ascent. In 1993, he moved north to become a project development engineer in Coeur d’Alene. Eighteen months later, he returned to Boise to become the state bridge engineer. Then, in 1996, he accepted the position of District 1 Engineer, and moved back to Coeur d’Alene.

In February 2007, Stokes transferred from his job as District 1 Engineer to a new job as Deputy Director at headquarters. He stepped up to serve as interim Director from July 2009 to January 2010.

“Scott is an excellent safety ambassador,” said ITD’s current Office of Highway Safety Manager, John Tomlinson. “He wants nothing more than to move ”Toward Zero Deaths.’ I am glad he is being recognized for his many years of focus on behavioral safety.”

Through his passion for safety, Stokes led the effort to make improving highway safety the top priority for all employees.