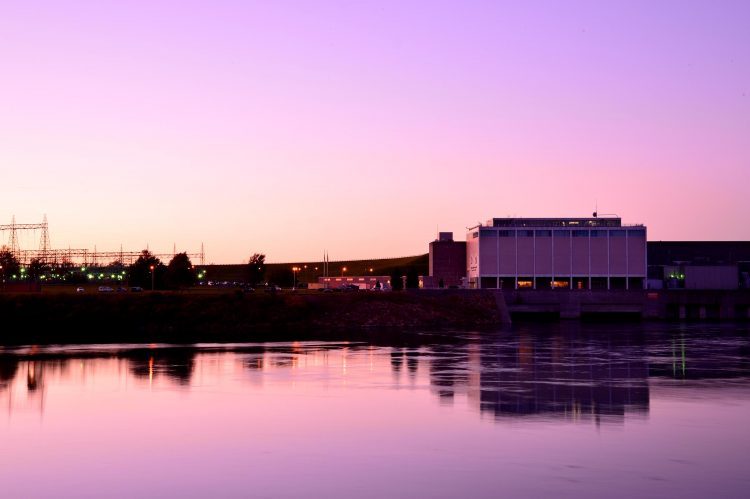 “The Moses-Saunders Dam is an engineering marvel that provides clean, renewable hydropower to New Yorkers across this great state as well as to our Canadian neighbors,” Governor Cuomo said. “This renewed partnership will continue to benefit future generations of New Yorkers and Canadians by providing a reliable and sustainable source of clean energy.”

“This renewed partnership with Canada will continue to ensure clean and renewable energy in our state,” said Lieutenant Governor Kathy Hochul. “The collaboration to share management of the Moses-Saunders Power Dam provides sustainable clean energy to New Yorkers and Canadians, making sure our environment is safe now and for future generations.”

More than 70 percent of the electricity the New York Power Authority produces is clean, renewable hydropower, with roughly 30 percent of that coming from the St. Lawrence-FDR Power Project. The project stretches over the St. Lawrence River Valley for more than 30 miles and includes two control dams upstream and 16 turbine-generators. The project also includes thousands of acres of public parkland along the river for recreational enjoyment and wildlife preservation.

For pictures of the project, click here and here.

For a six-minute video of the project’s 60th anniversary, click here.

For a two-minute historical video of the plant’s first power, click here.

New York Power Authority Board of Trustees Vice Chairman Judge Eugene L. Nicandri said, “The harnessing of the St. Lawrence River was a major undertaking and a testament to the vision of New York’s leaders. The United States and Canada were able to work across an international border to build one of the first major public power projects in the country. We are so pleased to host and join in on these celebrations as we share stories and reflect on the history of this magnificent public work and its vital role in providing jobs and clean and affordable energy to the North Country and beyond.”

New York Power Authority President and CEO Gil C. Quiniones said, “We are proud to celebrate the rich history and promising future of this great public power infrastructure project. The story of the construction of the St. Lawrence-FDR Power Project is a page turner and exemplifies the positive impact government and public policy can accomplish for future generations. As this power plant was the very first generating project the Power Authority developed, it is also very much the story of NYPA’s origins and is also deeply connected to the history of Massena and the North Country.”

Ontario Power Generation President and CEO Jeffrey J. Lyash said, “For decades, we have worked with our American counterparts to generate clean power from the St. Lawrence River in an environmentally and socially conscious manner. I’m proud of the hard work by the women and men that worked at the station to keep it running safely and reliably over the last 60 years.”

Senator Joseph Griffo said, “I join with all of my colleagues and the entire North Country community in celebration of the 60th anniversary of the St. Lawrence-FDR Power Project. This hydroelectric plant is a true engineering marvel that the U.S. and Canada worked together to complete and today provides up to 20 percent of New York’s clean, renewable power. This facility has had a major impact on our region and the entire state and I hope that continues.”

Assemblywoman Addie Jenne said, “The St. Lawrence-FDR Power Project is a testament to the good that can be done for our state and nation by political leadership with vision, the value of working together with our neighbors in Canada on projects that benefit the North Country, Southern Ontario and beyond, and proof that the hardworking North Country workforce – supplemented by workers from across our two countries – can do anything, including taming the mightiest of rivers.”

Senator Patty Ritchie said, “In 1958, the New York Power Authority’s St. Lawrence-FDR Power Project—a vision to generate clean, renewable hydroelectric power—was far ahead of its time. Now, sixty years later, the plant contributes a significant portion of New York State’s energy. With this foundation in place, I am looking forward to what lies ahead as NYPA and this project continue to work towards a better, more sustainable future for all of New York State.”

Reforming the Energy Vision is Governor Andrew M. Cuomo’s strategy to lead on climate change and grow New York’s economy. REV is building a cleaner, more resilient and affordable energy system for all New Yorkers by stimulating investment in clean technologies like solar, wind, and energy efficiency and generating 50 percent of the state’s electricity needs from renewable energy by 2030. Already, REV has driven 730 percent growth in the statewide solar market, enabled over 105,000 low-income households to permanently cut their energy bills with energy efficiency, and created thousands of jobs in manufacturing, engineering, and other clean tech sectors. REV is ensuring New York reduces statewide greenhouse gas emissions 40 percent by 2030 and achieves the internationally recognized target of reducing emissions 80 percent by 2050. To learn more about REV, including the Governor’s $5 billion investment in clean energy technology and innovation, visit www.ny.gov/REV4NY and follow us at @Rev4NY on Twitter.

NYPA is the largest state public power organization in the nation, operating 16 generating facilities and more than 1,400 circuit-miles of transmission lines. More than 70 percent of the electricity NYPA produces is clean, renewable hydropower. NYPA uses no tax money or state credit. It finances its operations through the sale of bonds and revenues earned in large part through sales of electricity. For more information, follow @NYPAenergy on Twitter and Instagram, or visit www.nypa.gov, the NYPA Facebook page, NYPA on LinkedIn and NYPA on Tumblr.