The projects in the U.S. named as finalists for Year in Infrastructure 2018 Awards for going digital advancements in infrastructure are:

As the lead architect for the Regional Connector Transit Corridor (RCTC) project, Anil Verma Associates, Inc. (AVA) assisted with the civil engineering on the design of three underground railway stations in downtown Los Angeles for the Los Angeles County Metropolitan Transportation Authority (LACMTA). The USD 1.7 billion building design project is a continuation of the Long Beach – Los Angeles Blue Line Transit System, expected to be completed by 2022. AVA used Bentley software (MicroStation, AECOsim Building Designer, and ProjectWise) to create 3D engineering models to be used throughout the project, and to facilitate collaboration across the project team. 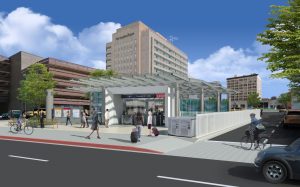 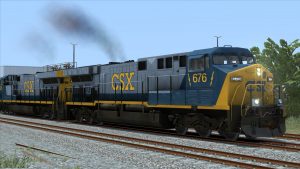 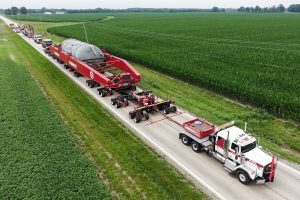 The Alabama Department of Transportation (ALDOT) initiated the reconstruction of the I-59/I-20 interchange in the Birmingham Business District. The USD 750 million project required bridge construction works for 36 bridges, as well as roadway improvements. ALDOT utilized Bentley software (MicroStation, LumenRT, ProjectWise, Descartes) to initiate a BIM strategy and to create enlivened 3D models that provided stakeholders and the public enhanced visibility into the project. 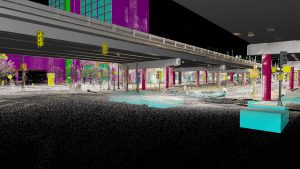 Bentley award finalist ALDOT initiated the reconstruction of the I-59/I-20 interchange in the Birmingham Business District.

Santanu Das, senior vice president, design engineering for Bentley Systems, said, “We are pleased to acknowledge and celebrate the projects in the U.S. that have been named as finalists in Bentley’s Year in Infrastructure 2018 Awards program. These projects are among the 57 selected this year that represent the most outstanding going digital advancements in infrastructure by Bentley software users around the world.”

Winners will be announced at an awards ceremony and gala on October 18 during Bentley’s Year in Infrastructure 2018 Conference, which will be held October 15 through 18 in London at the Hilton London Metropole. The conference explores innovations in software technology enabling infrastructure project delivery and asset performance, and features keynotes, interactive learning sessions, live technology presentations, panel discussions, and the finalists’ project presentations.

About Bentley Systems
Bentley Systems is a global leader in providing engineers, architects, geospatial professionals, constructors, and owner-operators with comprehensive software solutions for advancing the design, construction, and operations of infrastructure. Founded in 1984, Bentley has more than 3,500 colleagues in over 50 countries and is on track to surpass an annual revenue run rate of $700 million. Since 2012, Bentley has invested more than $1 billion in research, development, and acquisitions. www.bentley.com

Bentley, the Bentley logo, AECOsim Building Designer, AssetWise, Descartes, LumenRT, MicroStation, ProjectWise, and SUPERLOAD are either registered or unregistered trademarks or service marks of Bentley Systems, Incorporated or one of its direct or indirect wholly owned subsidiaries. All other brands and product names are trademarks of their respective owners.