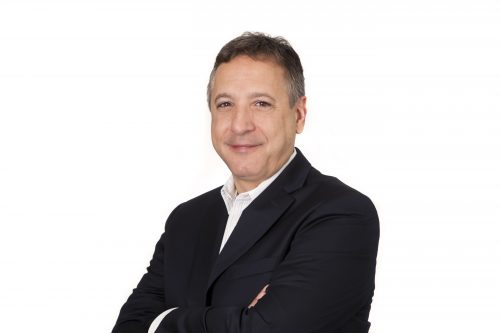 Michael DeLacey, president and CEO of Microdesk, has more than 25 years of experience in integrating technology into the planning, design, construction, and operations and maintenance process.

The world is changing rapidly. DeLacey points to a metric indicating the number of buildings on Earth are going to double between now and the year 2050. That means we’re going to build a thousand buildings a day every day for the next 23 years to keep pace. To do so, he believes the most important element is opening the minds of everyone involved to new ways of doing things.

“We don’t have to keep doing it the way we’ve always done it,” says DeLacey. “It’s just a recognition that technology will make a difference and to seek it out. I work with a lot of companies that are a little overwhelmed by the fact that things are changing really fast; just be open to that.”

The key technology that has come about to enable this change is Building Information Modeling (BIM), which DeLacey has been tracking and working with for nearly 20 years.

During the mid-1990s, the industry transformed from board drafting to computer-aided drafting and computer-aided design. And then the software started to really go into design. The industry didn’t understand that, so DeLacey and his partner, Robin Adams, started Microdesk to help companies move forward to drawing and letting the computer do the calculations.

Moving Away from Design-Bid-Build

Another key AECO trend that DeLacey encourages is moving away from the process of design-bid-build and toward design-build or integrated private delivery (IPD), both of which are enabled by BIM.

“As far as design-bid-build, the entire process is designed around ‘winners and losers’ as opposed to things like integrated private delivery (IPD), where the goal is to have a successful project,” adds DeLacey. “If [an IPD project] goes well, everybody wins. If it doesn’t go well, everybody loses.”

“We don’t have to keep doing it the way we’ve always done it.”

“I think IPD is a really good solution to our challenges, because now we have an owner, design team and contractor that are all invested together in making sure we have a successful project,” he notes. “The technologies, specifically BIM, allow huge benefits from bringing the entire building team together at one time.”

DeLacey says that design-build had been growing at 20 percent the last couple of years, while design-bid-build is shrinking by 14 percent year over year.

“When you look at the statistics, 39 percent of the carbon that goes into the atmosphere comes from buildings; that’s compared to 33 percent coming from transportation,” says DeLacey. “Buildings use a lot of energy and output a lot of carbon, and it doesn’t have to be that way.

“When you look at LEED, you look at a lot of the efforts that are going on out there, we have ‘net-zero’ buildings now,” he continues. “You’re seeing a lot with solar panels. There are stories about individual houses actually getting paid by putting energy back into the grid, because they’re not only net zero, they’re generating positive renewable energy.”

This is just another way BIM and new ways of design and construction can lead to improving conditions worldwide.

When asked for a first step to point engineers in the direction of keeping an open mind about new processes, DeLacey notes that it’s difficult, because the industry is as busy as it has ever been.

He adds that although busy employees may be working 65, 70, 80 hours a week, they still need to change and find better ways to complete projects.

“If I’m a young engineer or working in an engineering or design or construction company, recognize that we have to find ways to be more efficient,” he adds. “We need to build faster. We need to build more sustainably. We need to find a better way to do it, and go look for it.”