/ Articles / Executive Corner: Why Is My Company’s Valuation Lower When Selling to Key Employees vs. Selling to Another Company?

Executive Corner: Why Is My Company’s Valuation Lower When Selling to Key Employees vs. Selling to Another Company? 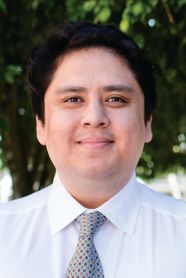 I’ve spoken with countless exasperated A/E firm owners through the years who’ve asked why their firm’s internal valuation doesn’t reflect a number similar to what they believe they can reasonably expect from an external sale. Most, but not all, are first-generation owners who aren’t sure why they’re expected to sell shares internally at a discount to what they might receive on a pro-rata basis if their company were to sell to an outside acquirer.

Understanding the various value levels can help guide expectations for firm owners and potential owners alike. In this column, I’ll provide a fundamental explanation of each value level to demystify some common misconceptions.

A firm’s valuation will vary significantly based on the level of the interest being valued. The differences in levels reflect the risk of achieving two things: 1) expected cash flows and 2) expected growth. 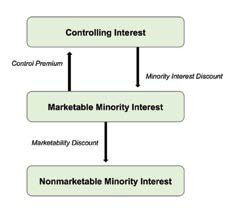 I’ll start with the highest level of value: control. A controlling-interest stake affords ownership the right to exert control over key business decisions that it believes will allow it to improve earnings and increase growth prospects. As such, there’s a premium associated with what an acquirer believes it will be able to generate in terms of future cash flows and top-line growth that’s represented in a control premium paid to gain those future benefits.

When AECOM acquired URS in 2014, for example, it paid $56.31 per share, a number that represented a 19 percent premium over the trailing 30-day average closing URS share price. This premium was what AECOM paid to gain control of URS.

The level immediately below control is marketable minority, which is the most straightforward level of value. When you purchase shares of AECOM, you become a minority shareholder of AECOM; those shares are unrestricted, so you can monetize those shares quickly at a marginal cost in an open market with multiple buyers and sellers.

What you don’t have as a minority-interest owner, however, is the ability to make any business decisions on behalf of AECOM. Such lack of influence over a company’s decision-making process is reflected in the discount for lack of control (DLOC), which often is in the range of 10-30 percent with our clients.

The level of interest relevant for almost all privately held companies, especially those that have an internal market for shares—the non-marketable minority interest—has one more discount to consider. Unlike shares in AECOM, owners of non-marketable minority interests can’t quickly convert their shares to cash without risking a significant loss in value. Publicly traded stocks aren’t subject to this holding-period risk, while privately held company shares are, because there’s no readily available market in which shares can be transacted.

In addition, a blockage discount is a byproduct of the illiquidity associated with this level of interest. This discount may further decrease value based on whether the block of shares being transacted is so great that for a timely transaction to occur, the price of the shares must be discounted.

These inherent restrictions associated with a privately held ownership interest dictate that there be a discount to reflect the illiquid nature of such an interest, the discount for lack of marketability (DLOM), which for (non-ESOP) firms we work with generally is between 20-40 percent.

Although the basic tenets of the various levels of value apply to most firms, two types of firms often require additional consideration and planning to ensure successful transitions (internally or externally). The first type are firms that buck industry performance trends (in a good way). Regardless of what’s occurring in local, national or global economies, their profit margins are consistently high during a downturn and even higher when the economy is booming. These firms usually see a smaller gap between what they might transact at internally vs. what they might command in an external acquisition.

The other type of firm relies on a material portion of its revenues from set-aside contracts. These firms—regardless of whether they’re performing below, at or above industry medians—often can trade at a higher price internally than they could reasonably expect to get from an acquirer.

There’s no “one size fits all” approach to determining and applying discounts or premiums. Although all shareholders benefit from the various perquisites of ownership, the extent of such benefits can vary widely, especially based on what level of value best represents their ownership interest.

Jonathan Voelkel, an associate principal with ROG+ Partners, has more than 12 years of corporate financial advisory experience, working with hundreds of architecture, engineering and environmental consulting firms across the U.S. and abroad in all facets of mergers & acquisitions, valuation, ownership transition planning, equity incentive compensation, and ESOP advisory.