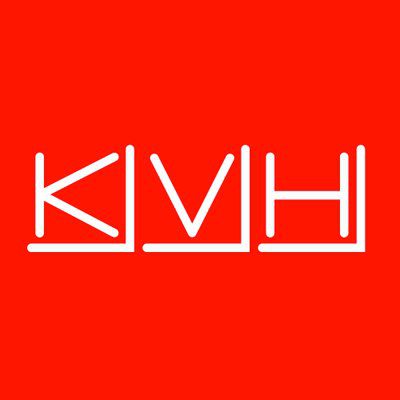 MIDDLETOWN, R.I. – KVH Industries, Inc., (Nasdaq:KVHI), is pleased to announce that Transpetro has chosen KVH VSAT connectivity after conducting a competitive process for selecting new connectivity services for the majority of its tankers. Brazilian-based Transpetro provides transportation for the state-owned Petrobras oil and gas company. Transpetro chose KVH’s TracPhone® V7-HTS satellite communications antenna system with a five-year airtime contract for 45 tankers, a combination of newbuilds and existing tankers. The installations will take place throughout the next 12 months in Brazil, where KVH’s subsidiary, KVH Brazil, has been in operation since 2011.

“We selected KVH for the global coverage and the data speed, which will enable us to improve operational efficiency and provide crew welfare,” says Jose Ricardo Esses, CIO of Transpetro. “Another deciding factor in choosing KVH VSAT was the ease of use in having one provider for the complete connectivity solution.”

“We are very pleased to be providing a complete connectivity solution for this important fleet in the Brazilian oil and gas industry,” says Ryan Smith, KVH’s director of global channel management. “With its superior data speed and global Ku-band coverage, KVH’s TracPhone V7-HTS is ideal for the tankers.

KVH is a mobile tech innovator that provides connectivity solutions for commercial maritime, leisure marine, and land mobile applications on vessels and vehicles, including the award-winning TracPhone and TracVision® product lines, the global mini-VSAT Broadband network, and AgilePlans™ Connectivity as a Service (CaaS). The company’s Videotel™ business is a market-leading provider of training films, computer-based training, and eLearning for the maritime industry, and its KVH Media Group provides news, sports, and entertainment content with such brands as NEWSlink™ and SPORTSlink™.

About KVH Industries, Inc.
KVH Industries, Inc., is a global leader in mobile connectivity and inertial navigation systems, innovating to enable a mobile world. A market leader in maritime VSAT, KVH designs, manufactures, and provides connectivity and content services globally. KVH is also a premier manufacturer of high-performance sensors and integrated inertial systems for defense and commercial applications. Founded in 1982, the company is based in Middletown, RI, with research, development, and manufacturing operations in Middletown, RI, and Tinley Park, IL, and more than a dozen offices around the globe.

This press release contains forward-looking statements that involve risks and uncertainties. For example, forward-looking statements include statements regarding the success of our new initiatives, the functionality, characteristics, quality, and performance of our HTS products and services to be provided under agreement with Transpetro, and the impact of our future initiatives on revenue, competitive positioning, profitability, and product orders. The actual results we achieve could differ materially from the statements made in this press release. Factors that might cause these differences include, but are not limited to: unanticipated technical and other challenges that arise in providing the products and services to Transpetro in Brazil; potential levels of customer demand for data services beyond our current expectations, which could exceed system capabilities in certain regions; the need for, or delays in, qualification of products to customer or regulatory standards; potential declines or changes in customer demand, due to economic, weather-related, seasonal, and other factors; delays in the receipt of anticipated orders from Transpetro; the potential sale or scrapping by Transpetro of vessels subscribing to our services, which could reduce the level of services provided to Transpetro; special terms of agreement and potential future amendments to such terms with Transpetro. These and other factors are discussed in more detail in KVH’s most recent Form 10-K filed with the SEC on March 2, 2018. Copies are available through its Investor Relations department and website, http://investors.kvh.com. KVH does not assume any obligation to update its forward-looking statements to reflect new information and developments.

KVH Industries, Inc. has used, registered, or applied to register its trademarks in the U.S.A. and other countries around the world, including but not limited to the following marks: KVH, TracPhone, mini-VSAT Broadband, CommBox, TracVision, AgilePlans, Videotel, NEWSlink, and SPORTSlink. All other trademarks are the property of their respective companies.