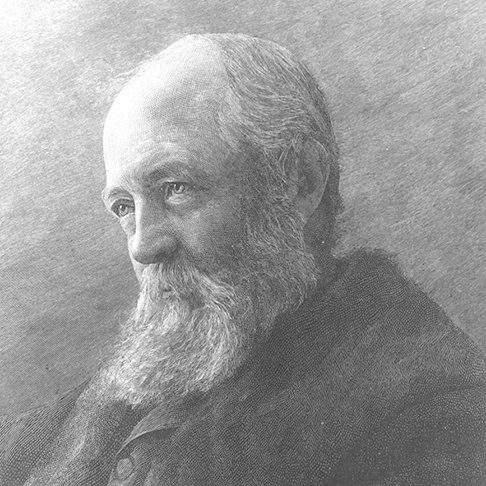 Writings and personal records of the founder of American landscape architecture, Frederick Law Olmsted, known for his work on New York’s Central Park, the U.S. Capitol grounds in Washington, the Biltmore Estate in North Carolina and many other landscapes, have been digitized and are now available online from the Library of Congress. The archive was digitized to serve as a resource in advance of the bicentennial of Olmsted’s birth, which will be celebrated with partner organizations in 2022.

The Frederick Law Olmsted collection includes about 24,000 items, mostly dating from 1838 to 1903. The papers document the private and professional life of Olmsted whose career spanned farming, journalism, conservation, landscape architecture and urban and suburban planning. Olmsted also served as part of the U.S. Sanitary Commission during the Civil War to help modernize the agency and care for soldiers.

The Olmsted Papers are online at: loc.gov/collections/frederick-law-olmsted-papers/about-this-collection/.

Olmsted was the most sought-after landscape architect of his time. He and his firm, which continued under his sons into the 20th century, designed hundreds of sites. Among those designed or planned in Olmsted’s lifetime were New York’s Riverside Park, Brooklyn’s Prospect Park, Boston’s Emerald Necklace park system, Chicago’s South Park, Montreal’s Mount Royal Park, the Niagara Falls reservation, Stanford University and the National Zoological Park in Washington. Olmsted also helped design the 1893 World’s Columbian Exposition in Chicago, among other sites.

In New York, where Olmsted launched his career as a landscape architect, he served as superintendent of Central Park and partnered with Calvert Vaux on the design, with the goal of creating an open, accessible park for the people. Together they made a model park for the nation. Olmsted is credited with changing the way Americans think about public spaces with his urban parks and his advocacy for conserving natural spaces including Yosemite, providing the guiding principles of what would become the national park system.

The Olmsted Papers now online include his family letters and journals, drafts of his writings, correspondence with clients and colleagues, project proposals and reports, and other materials relating to his life and work. Separately, the Olmsted Associates Records at the Library contain documentation of the Olmsted successor firms from the late 19th century through the 1970s. Additional Olmsted materials, including architectural and design drawings, plans and other materials, are available at the Olmsted Archives housed at the Frederick Law Olmsted National Historic Site in Massachusetts.

Highlights of the Library’s Olmsted Papers include:

Scholars have often used Olmsted’s papers as a primary source collection for documentaries, biographies and other projects. Now the collection will be available for broader public use, including by landscape enthusiasts and teachers interested in primary sources. The collection’s finding aid is a key resource to review the collection, which is organized by folder. The online collection replicates the research process at the Library.

The Olmsted Associates Records collection, documenting the work of Olmsted’s sons and their associates, is being digitized for later release online to celebrate the architect’s bicentennial in 2022.

A timeline of Olmsted’s life and career is online at: loc.gov/collections/frederick-law-olmsted-papers/articles-and-essays/timeline/. Information about the changing nature of his firm is at: loc.gov/collections/frederick-law-olmsted-papers/articles-and-essays/the-olmstead-firms-1858-to-1979/.

The Library of Congress is the world’s largest library, offering access to the creative record of the United States—and extensive materials from around the world—both on-site and online. It is the main research arm of the U.S. Congress and the home of the U.S. Copyright Office. Explore collections, reference services and other programs and plan a visit at loc.gov; access the official site for U.S. federal legislative information at congress.gov; and register creative works of authorship at copyright.gov.