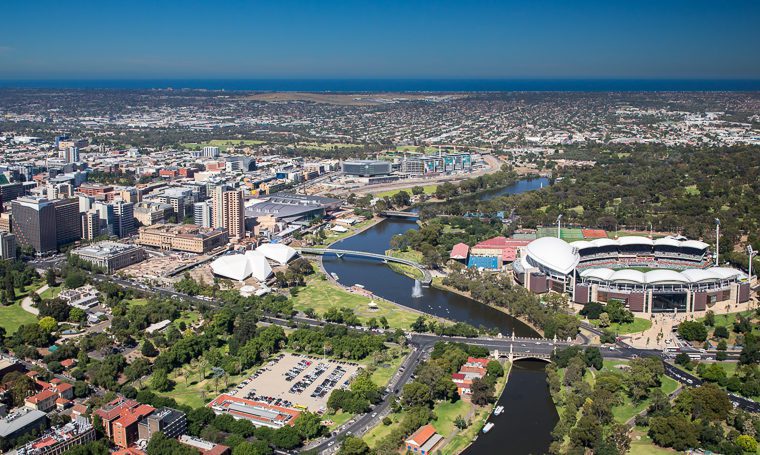 Parul Dubey on July 13, 2018 - in Transportation
An additional 52,500 international passengers travelled to and from Adelaide in the year to June 2018, an increase of 5.5 per cent on the previous year.

The biggest inbound increase has been in the China market, with an additional 11,000 Chinese visitors arriving over the past year.

The largest increase in outbound passenger numbers was in the Fiji market, with approximately 8,000 more South Australians using the new, direct Fiji Airways service to Nadi.

Malaysia Airlines and Cathay Pacific have also announced service increases in the second half of 2018.

Work on a A$165 million expansion of Adelaide Airport’s main terminal began last month and will significantly improve the arrivals and departures experience for international passengers. An artist’s impression of the upgraded Adelaide Airport Terminal.

The overall terminal footprint will be increased by 16,500sq m with the retail area growing by more than 80 per cent to 7257sq m.

Due for completion in 2021, the project is the largest upgrade at the airport since the existing terminal was opened in 2005.

“Not only are we attracting new airlines travelling to new destinations, our existing airline partners are increasing services to cater for the demand,” Young said.

“Since privatisation in 1998, our international passenger numbers have more than quadrupled. The number of international destinations has increased from 4 to 9 over the same period, which in turn has created one-stop connections with more than 300 cities around the globe.

“We continue to work hard to attract new airlines flying to new locations, and the US west coast is very much on our radar.”

A $50 million, 165-room Atura hotel with direct links to the existing terminal is also expected to open at Adelaide Airport in the December 2018 Quarter.