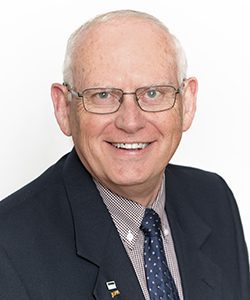 Detroit, MI—Terry L. Allers, NCARB, AIA, of Fort Dodge, Iowa, was elected first vice president/president-elect of the National Council of Architectural Registration Boards (NCARB) at its 99th Annual Business Meeting. By virtue of his election, Allers will become president in July 2019.“It’s an exciting time to lead the regulation of architecture,” said Allers.

“I’m honored to have the opportunity to help bring several ongoing initiatives, including NCARB’s upcoming Model Law refresh, to fruition over the next two years.”

In 2005, Allers was first appointed to the Iowa Architectural Examining Board, going on to serve several terms as the board’s chair and vice chair. He has been a dedicated NCARB volunteer for over a decade and is currently serving on the Centennial Advisory Committee, which is leading efforts to celebrate the organization’s 100th year of service. Allers has also lent his time and expertise to the Audit, Broadly Experienced Architect, Education, Examination, Experience, Experience Advisory, Member Board Executives, Procedures and Documents, and Regional Leadership committees. In addition, Allers was a member of several National Architectural Accrediting Board (NAAB) visiting teams, as well as the NCARB Award Jury.

Allers, who has also served terms as the Board’s secretary, treasurer, and second vice president, was first elected to the NCARB Board of Directors in 2014 as the director of the Mid-Central Conference (Region 4). Region 4 includes Iowa, Illinois, Indiana, Kentucky, Michigan, Minnesota, Missouri, Ohio, and Wisconsin.

In 1979, Allers founded Allers Associates Architects, PC, a full-service firm specializing in health care, educational, and worship facilities; commercial office design; renovations and adaptive re-use; and multi-family housing. He is an active volunteer in the Fort Dodge community and serves on the board of directors for his local Downtown Development Corporation. In 2012, he was recognized by the Fort Dodge Area Chamber of Commerce with the Catalyst Award. Allers is also an active member of the American Institute of Architects (AIA) and has served on the Iowa Chapter of the AIA Board of Directors and numerous AIA committees.

Allers received a Bachelor of Architecture degree from Iowa State University in 1970. He has been an NCARB Certificate holder since 1974 and is licensed in Iowa and Minnesota.

NCARB protects the public health, safety, and welfare by leading the regulation of the practice of architecture through the development and application of standards for licensure and credentialing of architects. In order to achieve these goals, the Council develops and recommends standards to be required of an applicant for architectural registration; develops and recommends standards regulating the practice of architecture; provides to Member Boards a process for certifying the qualifications of an architect for registration; and represents the interests of Member Boards before public and private agencies. NCARB has established reciprocal registration for architects in the United States and Canada.