Amin Alsaden Appointed as the Director of the Sharjah Architecture Triennial 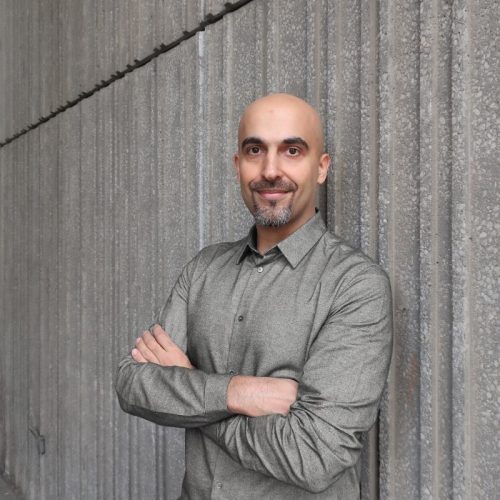 Amin Alsaden has been appointed the Director of the Sharjah Architecture Triennial, the first major platform dedicated to architecture and urbanism in the Middle East, East and North Africa, and South Asia. Bringing a depth of experience to the position as an architectural scholar and practitioner, Alsaden will contribute to the organization’s growth, sustainability, long-term mission, and launch one of the Triennial’s core initiatives: a research program.

Alsaden will work closely with the Triennial’s selected curators toward realizing and anchoring their projects in Sharjah, and complementing the organization’s own vision and gradual evolution. He will also oversee programming and related activities, as well as outreach and external relations with local, regional, and international partners.

Alsaden received a PhD in architectural history from Harvard University, where he was previously awarded a Master of Arts degree, and holds a Post-Professional Master in Architecture from Princeton University. His dissertation took as its subject the manifold ways in which Baghdad became a locus of architectural and artistic encounters in the years following World War II, contributing to the transformation of these disciplines globally, all the while engendering unique local movements. The history of modern architecture and art, especially in the Global South, is among Alsaden’s research interests, which also include politics and aesthetics, questions of regionalism and Orientalism in architecture, governance and space in conflict zones.

Alsaden has taught at the Graduate School of Design, Harvard University, and the College of Architecture, Art and Design, American University of Sharjah, and served as a design critic at various other institutions. His professional experience includes working at the Office for Metropolitan Architecture and MVRDV in the Netherlands, and Woods Bagot in the United Arab Emirates.

Alsaden commented: “My work has explored the global exchanges of ideas and expertise across cultural boundaries and rethinking previously imposed divisions, between the Muslim/Arab contexts and other geographies, centers and peripheries, and traditional and modern arts. Through my research on Baghdad, I discovered the powerful mediatory role this region can play. One of our ambitions for the Triennial is that it serves as a critical forum for similar re-evaluations, and for reflection on the complex and at times dissonant dimensions of our experience of the built environment today.”