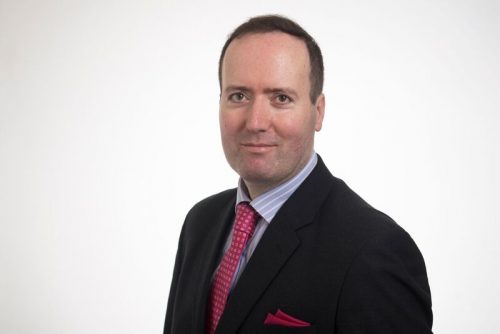 “Without any doubt the world has started a fast transition towards renewable energy and Highview Power has developed its liquid air energy storage technology to provide long duration storage without siting limitations that can absorb the natural intermittencies from wind and solar power, thus enabling greater renewables integration,” said Cavada. “This creates a historic opportunity to increase the speed of this transition, by combining LAES technology with renewables and other smart and flexible sources of energy. I have been impressed by the expertise, motivation and ambition from the people at Highview Power and it will be my honour to embark on this quest together to make a disruptive impact on the market and provide a better future for upcoming generations.”

Colin Roy, Chairman at Highview Power, comments: “Javier has achieved spectacular results at a world class company and established a name for himself as a visionary leader within the global power sector. A central part of his vision is the critical role of long duration storage.

“It is exactly this top-level experience of global energy systems and his will to challenge and change established structures that will help Highview Power establish itself as a market leader for utility scale energy storage solutions. It is my great pleasure to welcome Javier Cavada to become our CEO and President.”

Javier Cavada joins from Wärtsilä Corporation, one of the world’s top three technology companies in the energy market and a global leader in smart technologies and complete energy lifecycle solutions. Since 2015, he has been President of the Energy Solutions division and Executive Vice President, leading the company’s global energy business and driving its vision towards 100% renewables as the most advanced system integrator. Under Cavada’s leadership, Wärtsilä’s global market share in gas and liquid fuel power plants (up to 500 MW) has grown from 9% in 2015 up to 19% in 2017, reaching levels over 20% already in 2018 by implementing a smart strategy to maximize the use of renewables in the grid, providing the required flexibility. His 17-year career at Wärtsilä has included extensive international experience, including executive roles in China, Italy, the Netherlands, Spain, and Finland.

About Highview Power
Highview Power is a designer and developer of true long duration energy storage solutions for utilities and distributed power systems. The company’s proprietary technology uses liquid air as the storage medium and its custom designed Liquid Air Energy Storage (LAES) solutions can deliver anywhere from 10MW/40MWh to more than 200MW/1.2GWh of energy. LAES has been developed using proven components from mature industries to deliver pumped-hydro capabilities without geographical constraints and it can be configured to convert waste heat and cold to power. For more information, visit: www.highviewpower.com

How LAES Technology works
The technology works by taking off peak or excess electricity and using it to turn air into a liquid by refrigerating it to -196 degrees centigrade and storing it in insulated tanks at low pressure. When power is required, liquid air is drawn from the tanks and pumped to high pressure. Heat harnessed from the liquefaction process is applied to the liquid air via heat exchangers and an intermediate heat transfer fluid. This produces a high-pressure gas in the form of air that is then used to drive the turbine and create electricity.

Highview Power’s technology draws from established processes from the turbo-machinery, power generation and industrial gas sectors. The components of Highview Power’s processes can be readily sourced from large OEMs and have proven operating lifetimes and performances.

Comments are disabled
NEXT ARTICLE
From the Editor: Bridges to the Future
July 2, 2018
PREVIOUS ARTICLE
Neste is Partnering with the Elfwegentocht Event in the Netherlands to Support the Fossil-Free Friesland Project
June 29, 2018