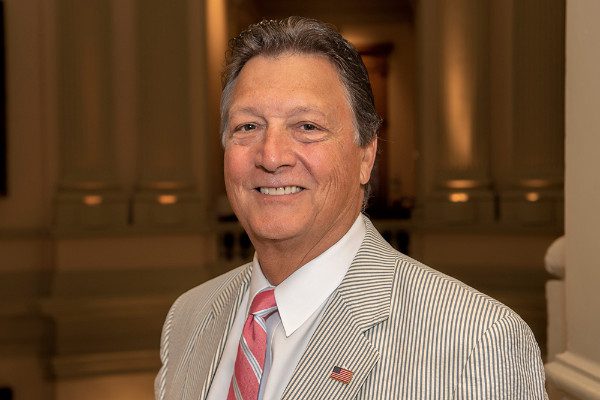 ATLANTA, GA – On Monday, former U.S. Congressman Lynn Westmoreland of Coweta County was elected to represent west central Georgia’s Third Congressional District (CD 3) on the State Transportation Board. Westmoreland was affirmed by state representatives and senators from his district to serve the remaining term of retired Board Member Sam Wellborn, which expires April 15, 2022.

Westmoreland served in the U.S. House of Representatives for 12 years through 2017, where he served six years on the House Transportation and Infrastructure Committee. He also served on the Financial Services Committee and the House Permanent Select Committee on Intelligence. Prior to that, he served 12 years in the Georgia House of Representatives; the last four as minority leader.

Westmoreland acknowledged and thanked his predecessor Sam Wellborn. “I certainly have big shoes to fill. I appreciate the opportunity to serve the people of CD 3 on the State Transportation Board,” Westmoreland said. “I understand the importance of keeping our transportation industry safe and financially sound for all travelers on any mode they choose. And I am eager to get to work in helping shape the future of transportation in Georgia.”

Westmoreland, an Atlanta native, attended Georgia State University before going into the construction industry. He started his construction business in 1982, where he worked in residential and light commercial construction, as well as mediation and expert witness testimony. He is currently principal of Westmoreland Strategies LLC. He and his wife of 49 years reside in Grantville, Georgia. They have three children and eight grandchildren.

The State Transportation Board determines policy for and exercises general governance of the Georgia Department of Transportation. The Board’s 14 members, representing each of the state’s congressional districts, serve staggered, five-year terms. Board members are elected by state senators and representatives whose legislative districts fall within all or part of the relevant congressional district.