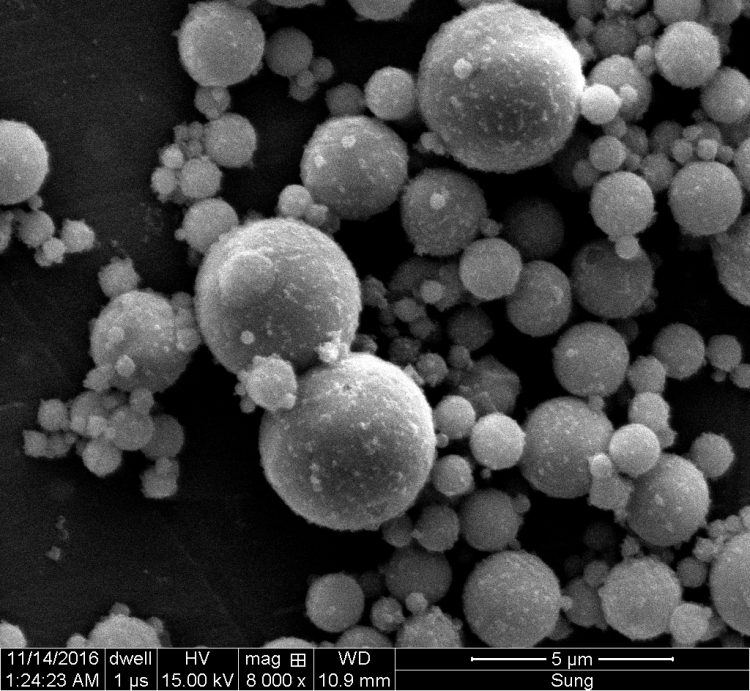 HOUSTON – (June 18, 2018) – Rice University engineers have developed a composite binder made primarily of fly ash, a byproduct of coal-fired power plants, that can replace Portland cement in concrete.

The material is cementless and environmentally friendly, according to Rice materials scientist Rouzbeh Shahsavari, who developed it with graduate student Sung Hoon Hwang.

Fly ash binder does not require the high-temperature processing of Portland cement, yet tests showed it has the same compressive strength after seven days of curing. It also requires only a small fraction of the sodium-based activation chemicals used to harden Portland cement.

The results are reported in the Journal of the American Ceramic Society.

More than 20 billion tons of concrete are produced around the world every year in a manufacturing process that contributes 5 to 10 percent of carbon dioxide to global emissions, surpassed only by transportation and energy as the largest producers of the greenhouse gas.

Manufacturers often use a small amount of silicon- and aluminum-rich fly ash as a supplement to Portland cement in concrete. “The industry typically mixes 5 to 20 percent fly ash into cement to make it green, but a significant portion of the mix is still cement,” said Shahsavari, an assistant professor of civil and environmental engineering and of materials science and nanoengineering.

Previous attempts to entirely replace Portland cement with a fly ash compound required large amounts of expensive sodium-based activators that negate the environmental benefits, he said. “And in the end it was more expensive than cement,” he said.

The researchers used Taguchi analysis, a statistical method developed to narrow the large phase space — all the possible states — of a chemical composition, followed by computational optimization to identify the best mixing strategies.

This greatly improved the structural and mechanical qualities of the synthesized composites, Shahsavari said, and led to an optimal balance of calcium-rich fly ash, nanosilica and calcium oxide with less than 5 percent of a sodium-based activator.

“A majority of past works focused on so-called type F fly ash, which is derived from burning anthracite or bituminous coals in power plants and has low calcium content,” Shahsavari said. “But globally, there are significant sources of lower grade coal such as lignite or sub-bituminous coals. Burning them results in high-calcium, or type C, fly ash, which has been more difficult to activate.

“Our work provides a viable path for efficient and cost-effective activation of this type of high-calcium fly ash, paving the path for the environmentally responsible manufacture of concrete. Future work will assess such properties as long-term behavior, shrinkage and durability.”

Shahsavari suggested the same strategy could be used to turn other industrial waste, such as blast furnace slag and rice hulls, into environmentally friendly cementitious materials without the use of cement.