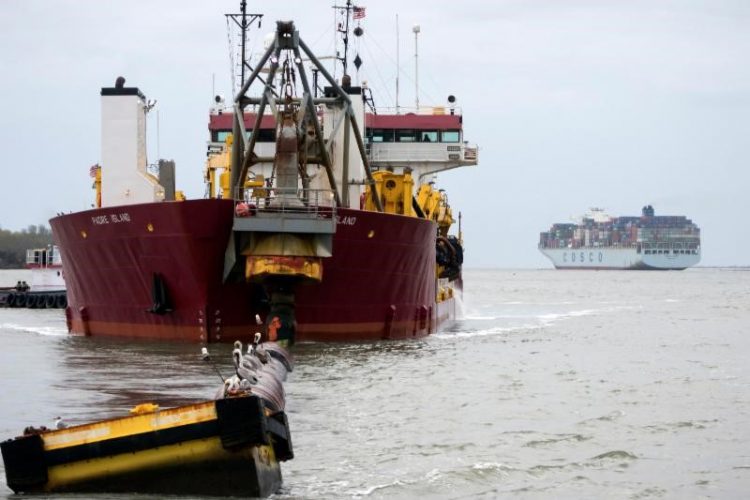 Savannah, Ga. – The Port of Savannah handled 3 million tons of cargo in May, an increase of 8.9 percent or 247,671 tons compared the same month a year ago. Total cargo crossing all terminals reached 3.22 million tons.

Last month was GPA’s busiest May ever and the second busiest month in the Port of Savannah’s history, moving a total of 361,029 twenty-foot equivalent container units, an increase of 3.1 percent or 10,924 TEUs. For the fiscal year to date, the Port of Savannah has achieved an 8.3 percent surge in twenty-foot equivalent container units (290,422 TEUs) compared to the same period a year ago. Through May, the GPA has moved 3.8 million TEUs.

“The Georgia Ports Authority is on track to have the most successful year in its history, on a number of fronts,” said GPA Board Chairman Jimmy Allgood. “Record growth in trade, teamwork and a strong relationship with our local communities and elected officials have helped to put our ports over the top.”

Last month, Georgia Gov. Nathan Deal signed into law the state budget, which included $35 million for the Savannah Harbor Expansion Project. Then, earlier this week, the U.S. Army Corps of Engineers announced an additional $35 million within its annual work plan for the harbor deepening. That amount, combined with $49 million included in the federal budget for the current fiscal year, totals $84 million.

“Clearly, the leadership demonstrated by Gov. Deal, U.S. Sens. Johnny Isakson and David Perdue, Congressman Buddy Carter and our entire Washington delegation is the secret sauce that enabled Savannah to receive full funding,” Allgood said. “With Gov. Deal pushing in Georgia for full state funding, and our elected officials in Washington doing the same on the federal side, Savannah is on track to better serve larger, more efficient vessels, and in turn provide an annual savings of $283 million for business and, ultimately, consumers.”

At the Port of Brunswick, the Colonel’s Island auto port moved 53,638 units of cars, trucks and tractors in May, up 15 percent or nearly 7,000 units. Including Savannah’s Ocean Terminal, the GPA moved a total of 57,308 roll-on/roll-off units, for an increase of 8.8 percent compared to May 2017. In breakbulk cargo, including commodities such as paper and rubber, the GPA handled 258,377 tons of freight, an increase of 14.3 percent, or 32,269 tons.

“The impressive volumes we’ve been able to move would not have been possible without the strong partnership between the GPA and the members of the International Longshoremen’s Association,” said Lynch. “We would also like to acknowledge the excellent progress made in the master contract negotiations between our partners in the USMX and the ILA.”