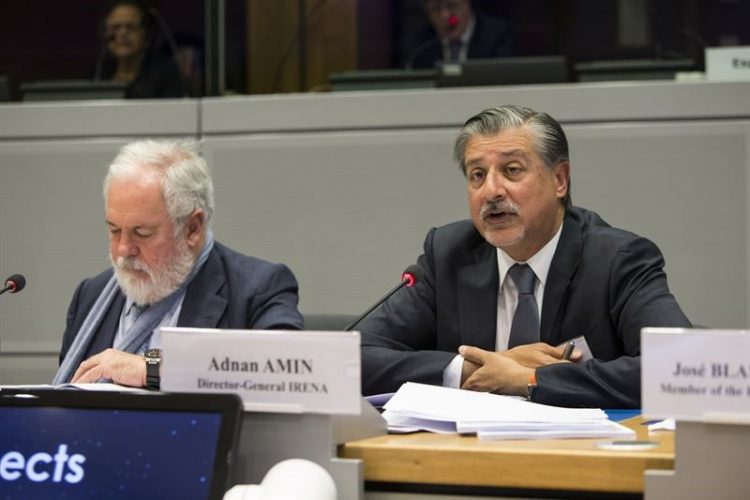 Abu Dhabi, UAE — Adnan Z. Amin, Director-General of the International Renewable Energy Agency (IRENA) has welcomed the European Union’s (EU) decision to increase its renewable energy target from 27 per cent to 32 per cent by 2030, highlighting that the move reinforces the EU’s position at the forefront of energy transformation and reflects the new economics of renewable energy. Responding to the announcement made by the European Commission today, Mr. Amin said:

“The EU’s decision to increase its renewable energy target from 27 per cent to 32 per cent by 2030 is a move that consolidates Europe’s position at the forefront of the global energy transformation, and establishes a positive decarbonisation pathway in line with its commitments under the Paris Agreement.

“It is also recognition that the new economics of renewable energy have propelled it to the forefront of energy policy and investment decision making as governments around the world look to address long-term climate and economic agendas. Our renewable energy roadmap analysis, delivered to the European Commission earlier this year, identified that higher shares of renewable energy in the EU were cost-effective and would have a net positive economic impact.

“This ambitious and achievable new strategy will drive significant additional investment activity, creating thousands of new skilled jobs and improving health and wellbeing whilst decarbonising the European energy system. We welcome the decision and believe it can act as a source of encouragement to global policymakers, and as a clear reminder of the centrality of renewable energy to both economic prosperity and climate stability.”

In February, IRENA presented a report entitled ‘Renewable Energy Prospects for the European Union’ – at the request of the European Commission, outling the EU’s cost effective potential to increase its share of renewables to 34 per cent by 2030 with a net positive economic impact.

IRENA is a global intergovernmental organisation with 157 Members (156 States and the European Union) and an additional 24 states in accession, supporting countries in their transition to a sustainable energy future. IRENA serves as the principal platform for international co-operation, a centre of excellence, and a repository of policy, technology, resource and financial knowledge on renewable energy. IRENA promotes the widespread adoption and sustainable use of all forms of renewable energy in the pursuit of sustainable development, energy access, energy security and low-carbon economic growth and prosperity. www.irena.org