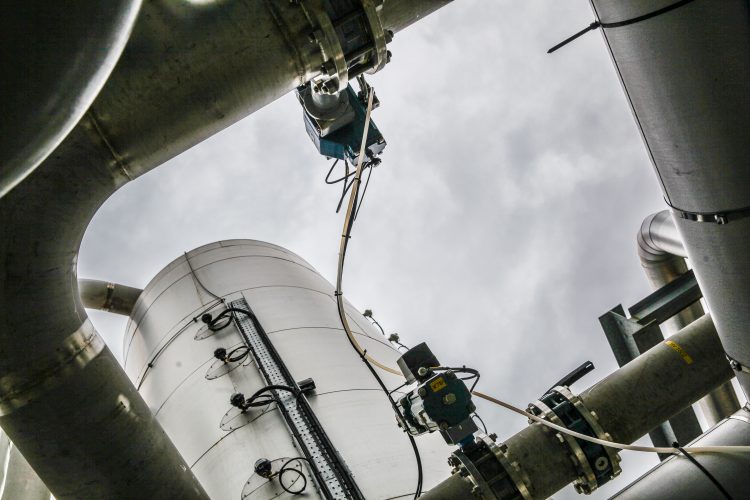 “The global energy storage market will grow to a cumulative 125 GW/305 GWh by 2030, attracting $103 billion in investment over this period,” said Logan Goldie-Scot, head of energy storage analysis at Bloomberg New Energy Finance. “Utility-scale storage becomes a practical alternative to new-build generation or network reinforcement, especially for underutilized assets in some markets. We expect energy storage to increasingly be used for longer durations over this period, providing such services as peaking capacity and renewable energy integration.”

The plant was developed in partnership with Viridor, a recycling and renewable energy company, and was enabled in part by over £8 million (~$10.6 million) in funding from the UK government. The Pilsworth LAES plant will be able to store and deliver enough electricity to power about 5,000 average-sized homes for around three hours and also provide a number of reserve, grid balancing, and regulation services.

“The market opportunity for LAES is considerable – we estimate that 60% of the global energy storage market comprises long-duration, grid connected storage and that our LAES technology is ready to meet almost half of this,” said Highview Power CEO Gareth Brett. “The Pilsworth project has already played a key role in the breakthrough of LAES technology and will continue to do so. Utilities from around the world who have for some time been assessing our unique solution for their energy storage, renewables integration, and grid balancing challenges are now using the operating data to confirm their expectations. We are therefore already in detailed negotiations to build plants ten times the size of this one for utility customers of several nationalities and for various different applications.”

With LAES technology now being proven at grid scale, the plant paves the way for the wider adoption of LAES technology globally. True long duration energy storage is critical to enable the broader deployment of renewable energy; overcome the intermittency of solar and wind energy; and help smooth peaks and troughs in demand. LAES can easily and cost-effectively scale up to hundreds of megawatts and could easily store enough electricity to power a town of around 100,000 homes over a period of many days.

Richard Pennells, managing director, energy at Viridor said, “The innovative LAES technology which has been developed through the Highview Power project could play an important role in supporting UK growth in low carbon, renewable energy sources and in maintaining the security of the United Kingdom’s electricity supply.”

LAES technology makes use of a freely available resource – air – which is stored as a liquid and then converted back to a gas in a process that involves a 700-fold expansion in volume and produces zero emissions. This expansion releases stored energy, which drives a turbine to generate electricity. In addition to providing energy storage, the LAES plant converts waste heat to power using heat from the on-site landfill gas engines. A unique advantage of LAES technology is that plants can be located at the point of demand. No exotic metals or harmful chemicals are involved. The plant comprises mostly steel which has a lifespan of between 30 to 40 years, in comparison with just 10 years for batteries. At the end of life, an LAES plant can be decommissioned and the steel recycled.

About Highview Power
Highview Power is a designer and developer of true long duration energy storage solutions for utilities and distributed power systems. The company’s proprietary technology uses liquid air as the storage medium and its custom designed Liquid Air Energy Storage (LAES) solutions can deliver anywhere from 10MW/40MWh to more than 200MW/1.2GWh of energy. LAES has been developed using proven components from mature industries to deliver pumped-hydro capabilities without geographical constraints and it can be configured to convert waste heat and cold to power. For more information, please visit: www.highviewpower.com

The technology works by taking off peak or excess electricity and using it to turn air into a liquid by refrigerating it to -196 degrees centigrade and storing it in insulated tanks at low pressure. When power is required, liquid air is drawn from the tanks and pumped to high pressure. Heat harnessed from the liquefaction process is applied to the liquid air via heat exchangers and an intermediate heat transfer fluid. This produces a high-pressure gas in the form of air that is then used to drive the turbine and create electricity.

Highview Power’s technology draws from established processes from the turbo-machinery, power generation and industrial gas sectors. The components of Highview Power’s processes can be readily sourced from large OEMs and have proven operating lifetimes and performances.