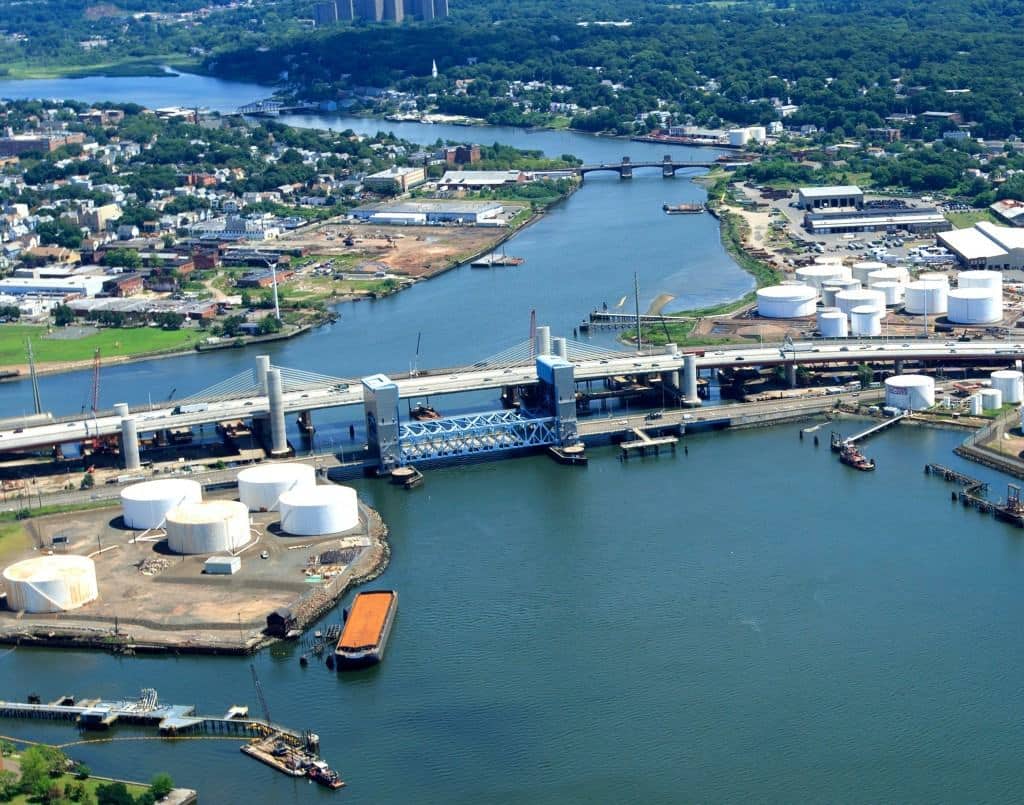 The original “Q Bridge” was built over the Quinnipiac River in New Haven, Conn., in 1958, but within 30 years its six lanes were insufficient for the growing traffic. Shortly before it was officially dedicated as the Pearl Harbor Memorial Bridge in 1995 (to commemorate the attack on Pearl Harbor), local officials had decided it was time to replace the structure with a new bridge.

For two decades the Connecticut Department of Transportation (CONNDOT), the Federal Highway Administration, the state of Connecticut and New Haven initiated studies, commissioned plans, reviewed concepts and proposed solutions. In 2001, a cable-stayed design was considered, but the Federal Aviation Administration was concerned about the tower heights and how they may impact a nearby airport, so designers settled on an extradosed bridge, which retains the aesthetic qualities of a cable-stayed bridge but with shorter towers.

Engineering firm AECOM helped create the proposed and final designs, and Daniel Mariscal, a structural engineer for the company’s bridge group, was a key member of the team.

Due to a combination of price and aesthetics, the concrete option was selected, and construction began in 2001. Unfortunately, before the bridge itself could be constructed, two historical structures had to be preserved, and there also were payment concerns from the construction firms involved, so bridge construction took place in three phases: the first completed in 2012, while the final stage was completed in 2016. The final cost of the full construction over 4,200 feet, carrying 140,000 cars per day, is estimated at $554 million.

In a short time, however, the bridge has received widespread recognition. It won the 2016 America’s Transportation Award from the American Association of State Highway and Transportation Officials and the U.S. Chamber of Commerce, and it was a finalist at the 2017 Bentley Systems’ Year In Infrastructure event (see “Video Interview,” right).

“The replacement of the Q-Bridge presented many unique challenges, and the decision to design and construct a major extradosed bridge was a bold one,” notes Kevin M. Cornish, P.E., senior vice president, AECOM. “Innovative technologies and collaborative processes were pivotal to the success of the project.”

The bridge also is special because it’s a Memorial Bridge.

“This bridge honors the lives lost and the survivors of the Pearl Harbor attack,” notes Mariscal. “One of the things we did to make the bridge aesthetics have relevance is that the piers and the towers had an oval shape. When you see them, they mimic smokestacks of ships as they’re sitting in a harbor. And when you drive, there’s lettering that commemorates the date of the Pearl Harbor attack.”

(Also referred to as “The Q Bridge”) 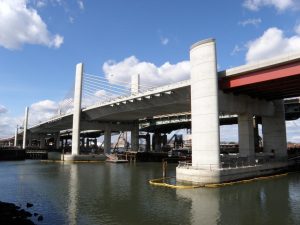 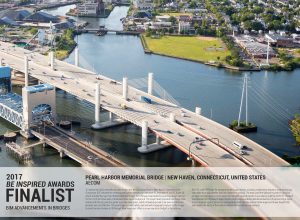