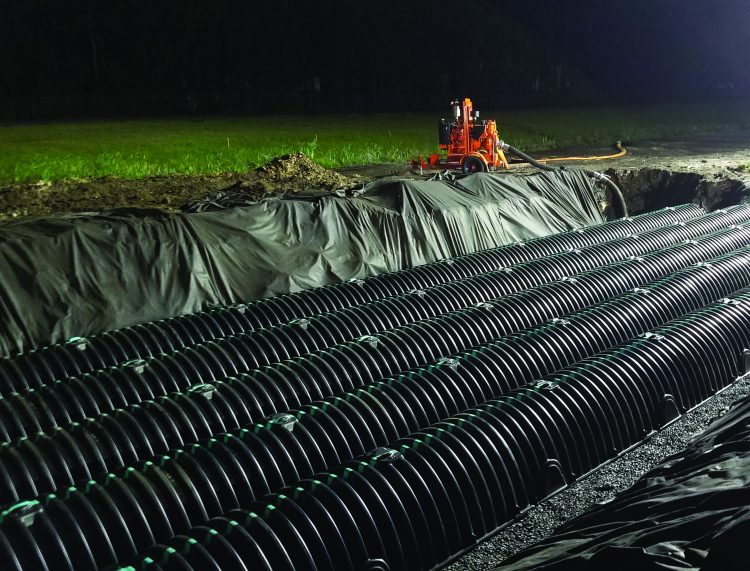 Thomas Renner on July 16, 2018 - in Articles, Feature, Featured
Residents of Hilton Head, S.C., have long been sensitive to the island’s environment. The island covers more than 69 square miles, but nearly 40 percent of it is water. The island includes 12 miles of Atlantic Ocean beachfront and has grown in popularity among tourists, retirees and people seeking vacation homes or a full-time residence on or near the shoreline.

Even before Hilton Head was officially incorporated, residents and landowners took responsibility to protect the environment and surroundings. Sea Pines Plantation was one of the country’s first eco-planned communities and opened in the 1950s. Several marinas have earned the Clean Marina designation, which, in part, prohibits treated and untreated human and pet waste within the marina basin as well as offering convenient pump-out and dump station facilities. Several golf courses have been designated as Certified Audubon Cooperative Sanctuaries, and resorts have been certified green by the South Carolina Green Hospitality Alliance.

Environmental protection concern extends to all residents and businesses at Hilton Head. When Hilton Head was incorporated in 1983, town officials immediately adopted an emergency ordinance to control island development, and the community has taken a responsible commitment to the environment ever since. In 2016, for example, the Greater Island Council Sustainability and Advisory Committee and a nonprofit organization, Experience Green, hosted 14 focus groups to discuss ways to preserve and sustain the environment.

With such respect and commitment to environmental preservation, the airport’s plan to manage stormwater runoff needed to be environmentally sensitive. The new system is part of an upgrade at Hilton Head Airport, which received nearly 79,000 airline passengers in 2015.

With more residents and visitors coming to Beaufort County, which is where Hilton Head is located, the airport developed a master plan to provide direction and guidance regarding airport sustainability. The plan proposed an increase in the length of the airport runway at Hilton Head Airport by more than 16 percent, to 5,000 square feet. The proposed expansion would enhance safety, accommodate more tourists, and give nearby residents more travel options. The expansion also would make the airport more competitive with airports in nearby Savannah, Ga., and Charleston, S.C., both of which have runways exceeding 9,000 feet.

“The runway expansion will allow us to accommodate more-modern planes, which we anticipate will attract more airlines,’’ says Beaufort County Airports Director Jon Rembold. “Airlines will give our locals and visitors more choices and better prices.” Besides working evening hours, construction teams were required to cover the system each day to allow for incoming and outgoing planes.

“It is the objective of Beaufort County to not only avoid and minimize adverse environmental impacts, but also to pursue measures to enhance environmental quality in a manner consistent with the FAA’s principle mission to provide for the safety of aircraft operations,’’ Talbert & Bright, a North Carolina civil engineering firm, wrote in the airport’s master plan. “To meet or exceed this goal, various runway extension alternatives were studied as part of the Airport Master Plan Update for determining the most feasible course of action for development of an efficient, safe and durable airport.”

Designing the system was challenging, but so were the work conditions as crews worked evening hours. “It was the most unorthodox installation we’ve ever done,’’ notes Jon Shell of CULTEC, the company that supplied the stormwater chambers.

Ward Edwards Engineering designed the system with chambers that functioned as a conveyance and detention system. Very few installations require chambers to function in both capacities, but the Ward Engineering team discovered the need for the system to solve multiple issues. One of the first items on the agenda for contractors was replacing the existing stormwater management system.

“There were some dry detention basins and a very large canal that held water,’’ says Paul Moore, an engineer with Ward Edwards. “The function of the airport made it necessary to fill in the canal and eliminate standing water onsite. The option of the underground detention was very valuable to the design of the site. The system was designed to store water during low-flow conditions to help with water-quality treatment, but then convey water downstream during high-flow periods. The permeable nature of the system also allowed for continued interaction with the groundwater.”

Moore and his team devised two systems with chambers to manage the runoff. The northern system featured 30.5-inch-high CULTEC Recharger 330XLHD chambers. One thousand pieces of the high-profile chambers were configured into a narrow five-row-wide system that extended to 1,403 feet. They occupied an area of just more than 36,000 square feet. The chambers lay above and beneath six-inch layers of stone, and the system’s outside perimeter is surrounded by a 12-inch-wide stone border. With an effective storage bed depth of 3.54 feet (without additional cover), the system has a total storage capacity of 84,420 cubic feet, with 63 percent of the storage accomplished by the chambers and manifold, and the balance stored within the voids of the stone.

The southern system used 646 of the 48-inch-high Recharger 902HD high-capacity chambers arranged in a bed area of 18,681 square feet, with an effective storage depth of 5.75 feet. The chambers were placed on a 9-inch base of stone and covered by an additional 12 inches of stone. Total storage capacity exceeded 68,000 cubic feet. In all, engineers used 1,641 chambers to manage more than 144,000 cubic feet of stormwater.

“We wanted our systems to feature the largest storage-volume chamber we could fit with sufficient cover for each system,’’ adds Moore. “While the runway is flat, the elevations drop as you move south to north. This meant we could use the taller chambers on the south end where the surface grades were higher, and the shorter chambers on the north end.”

According to Moore, important considerations in determining which chambers were used in the project included cost and a feed connector that allowed rows to be connected at intervals along the linear length. “Given that the project called for very long rows, the feed connectors allowed flow to go from one chamber to the next without adding additional storm-drain junction boxes and headers,’’ he adds.

Moore’s team used a spreadsheet calculator offered on CULTEC’s website to estimate the total number of chambers needed and the overall footprint. “We then used the chamber tools built into Interconnected Pond Routing V3 to hydraulically model the chamber system and the interactions with the other drainage structures proposed for the project,’’ notes Moore.

After engineers designed the system, construction teams worked irregular hours to install it. Because of its location next to the runway, work could only be done at night. Contractors worked from 10 p.m. to 5 a.m., and the project had to be covered each night to make it appear to pilots and passengers as if nothing had occurred.

“Typically, our systems are installed in a few days and are only closed when the job is completed,’’ says Shell. “It was a very short window, and it was covered every night. From the detention and conveyance system to the fact that the chambers were covered every night, it was a highly unusual project in just about every way imaginable.”

Thomas Renner writes on building, construction and other trade-industry topics for publications throughout the United States; email: trenner@catalystmc.com.