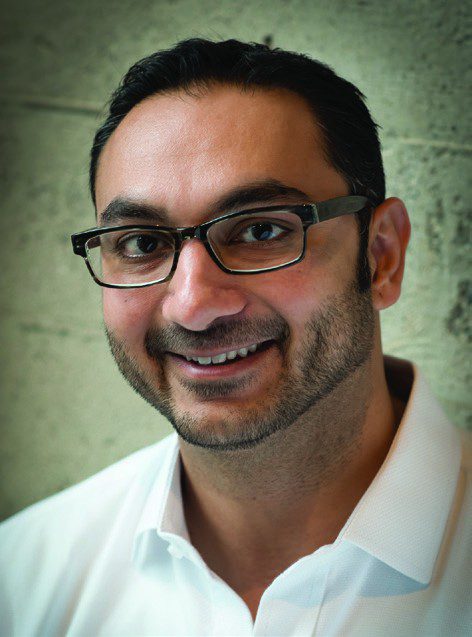 Si Katara, co-founder and president of Pavia Systems, is helping DOTs across the country meet accountability requirements using his firm’s infrastructure technology solutions. Since the startup of Pavia Systems in 2005, Katara has had roles ranging from “head janitor all the way up to sales, product development and technology.” Now he’s mainly focused on business development and company outreach, finding additional customers and partners to grow the business.

Infrastructure developers have been slow to adopt new technology. And even as many designers and contractors now use high-end software to design, test and build, project oversight and management often still is done via “pen and paper.” Katara believes this needs to change to save money and make projects more efficient.

“Our technology helps [owners] leverage mobile tablets to electronically capture all the information related to payments, project quality and progress of how those projects are being built,” notes Katara. “Then it allows them to ‘push a button’ and do all the administrative aspects of the role, such as daily reports and pay estimates.”

If claims or issues arise, instead of digging through paper boxes, managers now can get the digital information they need quickly and easily.

Moving Faster from Open to Closed

Construction projects have an end date when there’s no more work being done, but until the project is approved, it’s considered “open.” Katara believes much efficiency can be gained if these projects can be moved to “closed” in a faster and more-accurate manner. He uses the Federal Highway Administration (FHWA) and local transportation departments as an example.

“When FHWA gives federal money to a state or a city or county, there’s some oversight and ‘strings’ that come with that money,” he says. “FHWA has oversight into making sure all the ‘i’s are dotted and t’s are crossed’ with how that construction project was built and implemented.”

FHWA wants to ensure that what it pays for with federal dollars is being done the right way.

“Is there proper justification for the payments made to contractors? If I ask for three box culverts, did you actually get three box culverts delivered and built as part of this project? Show me the evidence you have for that—that’s one example,” notes Katara.

According to Katara, the local agency traditionally would provide FHWA with all their records, which, in most cases, are physically printed pieces of paper that show all the things that were done from project and quality perspectives.

“That’s a lot of paperwork for FHWA to go through and for state DOTs to provide,” he adds. “It’s really an onerous process.”

From an accountability standpoint, Katara believes it would be better if that process could be performed in a more-effective manner so states can collect that information more easily, and FHWA can have oversight and know that everything was done properly with taxpayer money.

In 2014, federal legislation was passed to combat “poor stewards of taxpayer dollars” by putting time constraints on project closeouts. Unfortunately, the new laws were difficult to enforce, because there was no end date in the technology used to track projects and their completion. In February 2018, the laws were amended to include technology that could show when construction was completed for a particular project.

“Now there’s an actual enforcement component that FHWA can start to plot to enforce true timelines and get things fully completed from a closeout standpoint,” adds Katara.

FHWA now can track “bid items” from inception to project closeout as well as track all the payments made across the scope of the project, asking if there’s proper record keeping for each payment to calculate and justify the quantity amount actually paid for. This process can take a long time using older, manual methods, especially when the information needed isn’t readily available.

“Now, with innovation, you can use the equivalent of what a quick Google search would be to ‘push a button’ and correlate all the information from start to finish on that bid item to justify every single quantity that was collected,” notes Katara. “That’s where the opportunity comes to use innovation in a way to really help FHWA and states do project closeout much more efficiently.”