/ News / Cintec North America Announces Restoration Work on the Red House, Also Known as the Seat of Parliament for the Republic of Trinidad and Tobago

Cintec North America Announces Restoration Work on the Red House, Also Known as the Seat of Parliament for the Republic of Trinidad and Tobago 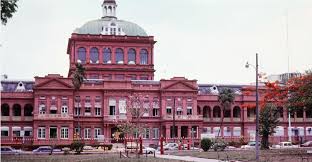 Cintec North America has undertaken vital restoration work on The Red House, also known as the seat of Parliament for the Republic of Trinidad and Tobago.

The landmark $1m project marks a monumental moment in the history of structural engineering as one of the Reinforcement anchors inserted into the structure is believed to be the longest in the world, measuring 36.52 meters [ 120 Ft ] in the length. It was also the first time that Cintec had used 3D printing for sacrificial parts.

The original structure, built between 1844 and 1892, failed to reach its completion before it was severely damaged by a fire in March 1903, resulting in the start of the initial refurbishment in 1904. 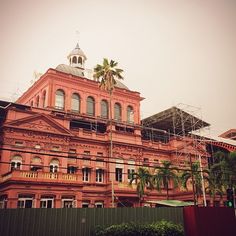 Both the Beaux-Arts style architecture and red paint are key characteristics of the striking building.

After lengthy discussions with Genivar and having an already triumphant track record in strengthening many of the world’s prestigious landmarks such as the White House and the Egyptian Pyramids, Cintec subsequently began working on The Red House in 2017.

Cintec’s approved contractor, Celtest of Bangor (located in North Wales), was awarded the contract to install the Cintec Reinforcement System, under the guidance of project manager Jason Chinery.

Cintec provided additional specialist training and long reinforcements bars to Celest to ensure there would be no long hole drilling issues during the restoration.

During trials, it was calculated that the positioning of the drill would be deliberately pointing upwards at 0.50 degrees.

This would compensate for the force of gravity pulling down the core barrel, which was over 38m/125 ft in length, and proved extremely effective.

Robert Lloyd-Rees, managing director of Cintec North America, said: “Accuracy is critical during a project such as this, misalignment by one degree would mean the drill exiting at the wrong point causing a great deal of damage to the structure.

“We spent a great deal of time and used all of our own unique techniques to ensure that the project would be completely successful in restoring such an historic structure to its former glory.”

Peter James, Cintec Group chairman, said: “This exciting project, with all of its technical difficulties, illustrates how our anchoring system can be adapted to solve the most complicated structural repairs in order to help restore yet another world-famous landmark.