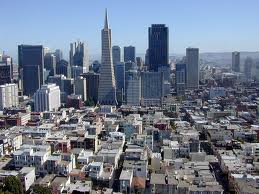 The ‘LLGA-Cities Pilot the Future’ competition, has been announced, with 22 cities around the world presenting their social, urban and environmental challenges with the aim to find innovative solutions proposed by companies and entrepreneurs that participate at this international contest.

The objective of this competition, organized by Citymart.com, is to find innovative solutions for the main problems to which the cities challenge by means of the opening of the competition between international providers of solutions, technology and services.

From the 22 participant cities at the ‘LLGA-Cities Pilot the Future’ competition, where we find cities like Barcelona, Rio de Janeiro or Mexico DF, the City of San Francisco city looks for a technological solution that helps to coordinate the resources, identify affected areas and manage the flood by rainfalls/storms problems in its sewage system in an efficient way. Of the 2,565 proposals presented in total, 120 have been selected.

At this frame, the gvSIG Association, presenting a proposal based on the use of Spatial Data Infrastructures and Open Source software, have been one of the 5 entities selected by the City of San Francisco.

Every city will choose a winner that will become known in the event that will be held in San Francisco in May, and their prize will be the possibility to implement a pilot proof of its solution using the chosen city as an urban laboratory.

It’s a great pleasure for the gvSIG Association to be nominated in a competition that looks for innovative solutions for the urban environment for the benefit of the citizens, with a proposal based on the use of free and standard technologies.