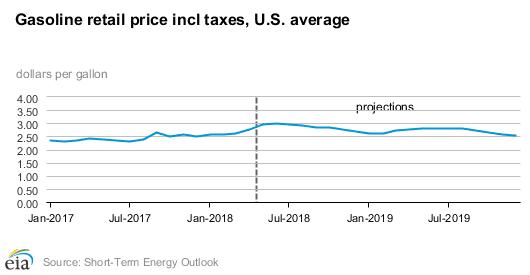 Parul Dubey on May 9, 2018 - in Energy
The U.S. Energy Information Administration released its Short-Term Energy Outlook (STEO) on Tuesday, May 8, 2018

EIA’s STEO forecast on summer gasoline prices and demand/supply is at: https://www.eia.gov/outlooks/steo/pdf/sf01.pdf