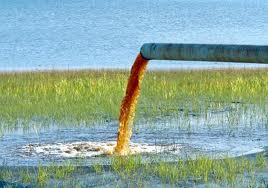 The U.S. Environmental Protection Agency (EPA) and the U.S. Department of Justice announced that the Unified Government of Wyandotte Co. and Kansas City, Kan., has agreed to a settlement to address unauthorized overflows of untreated raw sewage and to reduce pollution levels in urban stormwater.

“EPA is working with cities to find effective, affordable solutions to control raw sewage and stormwater overflows,” said Cynthia Giles, assistant administrator for EPA’s Office of Enforcement and Compliance Assurance. “The settlement allows the Unified Government to tackle their most important water quality problems first, while preparing a long-term approach to keep local waterways protected in the future.”

“This agreement will put the Unified Government of Wyandotte County on a clear path toward compliance with the Clean Water Act,” said Ignacia S. Moreno, assistant attorney general for the Justice Department’s Environment and Natural Resources Division. “The settlement will address deficiencies and require improvements to Wyandotte County’s sewer and stormwater systems that will reduce risks and bring cleaner water for the benefit of the county resident’s health and the environment.”

The Unified Government’s sewer system collects and receives domestic, commercial and industrial wastewater from approximately 110,000 area residents. The system includes five wastewater treatment plants and more than 800 miles of sewer lines. The system is served by about one-third combined sewers, which carry both stormwater and wastewater, and the remainder by separated sewers.

Since 2004, the Unified Government has reported more than 450 illegal sewer overflows from its sewer system. These overflows resulted in the discharge of raw sewage into the Missouri River, the Kansas River and their tributaries. Untreated sewage from overflows can cause serious water quality problems and health issues from pollutants including harmful bacteria, oxygen-depleting substances, suspended solids, toxic metals and chemicals, and nutrients. The overflows are in violation of the federal Clean Water Act and the terms of the city’s National Pollution Discharge Elimination System permits for operation of its sewer system.

Under the agreement, the Unified Government is required to perform initial work primarily in the combined sewer portion of the system, located in the oldest developed area of the city, which is expected to provide relief to residences and other properties in the urban core that are often affected by illegal sewer overflows.

The settlement also requires the Unified Government to implement an improved Storm Water Management Plan, designed to reduce pollutants in stormwater. Municipal stormwater sewers carry significant amounts of pollution into urban rivers, lakes, and streams. Pollutants such as lead, copper, oxygen-depleting materials and sediment in municipal stormwater can clog streams, harm or kill aquatic life, and result in human exposure to harmful substances. The existing stormwater management program at issue in this settlement was drafted by the Unified Government and made part of the stormwater discharge permit issued by the State of Kansas in 2001 and reissued in 2007.

Keeping raw sewage and contaminated stormwater out of the waters of the United States is one of the EPA’s highest priorities. Reductions in sewer and stormwater overflows are accomplished by obtaining cities’ commitments to implement timely, affordable solutions to these problems, which may also include the use of Integrated Municipal Stormwater and Wastewater Plans. Integrated plans are intended to be an option to help municipalities meet their CWA obligations by optimizing the benefits of their infrastructure improvement investments through the appropriate sequencing of work. This approach can also lead to more sustainable and comprehensive solutions, such as green infrastructure, that improve water quality and enhance community vitality.

The settlement, lodged in the U.S. District Court for the District of Kansas, is subject to a 30-day public comment period and approval by the federal court.

More information about the settlement: http://www.epa.gov/enforcement/water/cases/ugofkansascity.html