Amerlux, FSG Unlock $831B for Retrofits 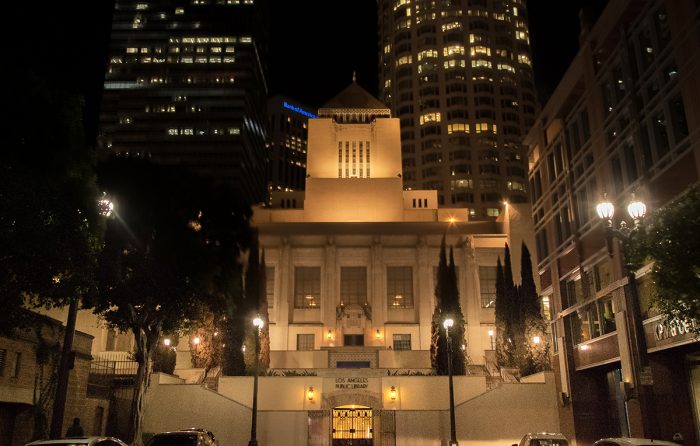 As part of the program, FSG will provide its world-class energy management services so cities, colleges and companies understand how much they could save, based on their current infrastructure and usage. In addition, Amerlux will provide its Avista LED pedestrian light engine, which works in new post-top luminaires or retrofits, saves up to 75 percent in energy consumption and installs in less than 15 minutes per unit.

“Amerlux listens intently to solve marketplace problems with innovation,” said Amerlux CEO and President Chuck Campagna. “City managers and facility managers realize that they can reduce energy consumption and crime by retrofitting with our Avista light engine. However, they don’t always know enough about their existing lighting fixtures to begin, so we have partnered with FSG to help our customers fast-track the process.”

Billion-dollar government incentives are motivating municipalities and corporations to make smarter energy decisions with regulations that underwrite the expense until the incentives expire in 2019.

Federal regulations, such as the Energy Independence and Security Act (EISA) of 2007, continue to demand more energy efficiency with the next scheduled increase set for Jan. 1, 2020. Consequently, federal agencies and municipalities have started to turn their collective attention to LED solutions, which would position them for the higher standards.

In addition, energy efficiency is a big part of the American Recovery and Reinvestment Act of 2009, which remains in effect until the end of 2019. The $831 billion relief package offers plenty of line items for “green” technology. The law includes $13 billion worth of tax credits for companies to improve energy efficiency and another $4.5 billion for federal agencies to do the same.

To start the process, interested towns, developments and other facilities can call (855.662.7199) or click for a free audit by FSG to determine what kind of lights are already installed and the projected savings from retrofitting with Amerlux’s Avista LEDs.

A member of FSG’s “Green Squad” of auditors will analyze the situation, counting the number of fixtures and accessing the types of existing lights to verify that the Avista fixtures would work in the existing luminaires.

FSG would provide the customer with a comprehensive report and an executive summary detailing the overall economics of the project, including existing energy costs, projected energy savings, maintenance savings, cost of the retrofit, grants and rebate eligibility, as well as the length of the project’s payback period.

To date, the City of Los Angeles has upgraded more than 600 decorative streetlights with Avista LED light engines. Since the upgrade, the city has realized a 75 percent reduction in lighting energy consumption and costs in the upgraded area, while visitors and residents are benefiting from enhanced visibility and greater peace of mind.

For the City of Portland, Oregon, the challenge was the shape of the globe and how to adapt LED technology to its exact specifications. Amerlux’s Avista addressed the challenge.

Since completing installation of the bulk of its acorn fixtures in July 2017, the city has been delighted with the results. “We went from 100-watt HPS lamps to 42-watt LEDs, saving the city approximately 60 percent in energy consumption and costs,” said Lisa Elbert, P.E., signals and lighting engineer with the City of Portland Bureau of Transportation, who added that a rebate the city secured on the LEDs from the Energy Trust of Oregon and the Oregon Department of Energy further boosted the project’s ROI and reduced its payback period.

The light engine uses the directional nature of LEDs to gain an advantage over competitors who simply used LED to create a different type of 360-degree light source. It directs 96 percent of the light down to the ground, essentially eliminating the light pollution that was common in so many decorative post top fixtures, while dramatically saving energy.

The upgraded Avista meets new 4.0 standards of the DesignLights Consortium (DLC), which qualifies the product for rebates to shorten the ROI payback period. The light engine, which is now available for teardrop style luminaires, offers specification options, including wattages up to 68 and a lumen output up to 7500.

Avista’s new LED engine is available in standard CCTs of 2700K, 3000K and 4000K, plus customized color temperatures. The award-winning product offers three horizontal lighting distributions—symmetric, asymmetric and low-glare street optic—so customers can direct the light where it is needed.

In 2014, Avista won a Product Innovation Award in the exterior lighting category from Architectural Products magazine.

Standard Avista light engines can ship in 10 days or less from the time they are ordered to quickly advance any new construction or retrofit project.