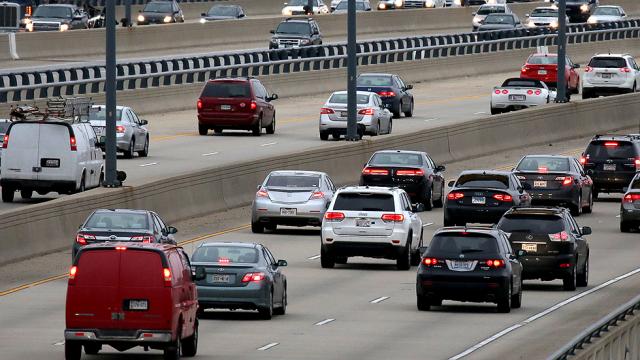 Lawmakers should pursue a vehicle-mileage tax to rescue the struggling Highway Trust Fund, a right-leaning think tank argues in a new study.

The American Action Forum (AAF) makes the case for a mileage-based tax and provides other suggestions for a long-term fix to the ailing fund, which pays for road projects and is headed for another shortfall at the end of 2020.

“A mileage-based tax is a more stable alternative to the gas tax. Immediate implementation of a federal mileage-based tax, however, is unrealistic,” the study says.Some Republican lawmakers have pointed to a vehicle-mileage tax as a means to fund infrastructure projects, but they also note that these programs are not ready for implementation.

Meanwhile, the White House Council of Economic Advisers in a February report touted a vehicle-mileage tax program in Oregon that charges its volunteers 1.7 cents for every mile they travel on the state’s public roads. The program then awards its participants with credits for the state’s fuel taxes.

The AAF calls for “a combination of new user fees implemented alongside the existing gas tax,” but notes that upping the gas fee alone will not provide the Highway Trust Fund with lasting relief or stability.

“If Congress only looks at raising the gas tax, that doesn’t create long-term funding for the Highway Trust Fund due to alternative fuel vehicles and autonomous vehicles emerging in the market,” AAF data analyst Brianna Fernandez, who authored the study, told The Hill.

Lawmakers said President Trump Donald John TrumpFormer Watergate prosecutor: Trump taking the fifth would be political suicideComey: I’m ‘embarrassed and ashamed’ by Republican partyComey, Anderson Cooper clash over whether memo release violated FBI rulesMORE backed a 25-cent increase to the tax during a February meeting at the White House, though the administration did not address the Highway Trust Fund in its infrastructure proposal released earlier this year.

The AAF study also suggests imposing congestion pricing, which is often executed by adjusting toll prices in accordance with demand.

“For the long term, we can’t just continue to rely on the gas tax and moving more towards vehicle miles tax and congestion pricing is what’s going to create that long-term funding,” said Fernandez.