The Evolution of Solar Power in 2017 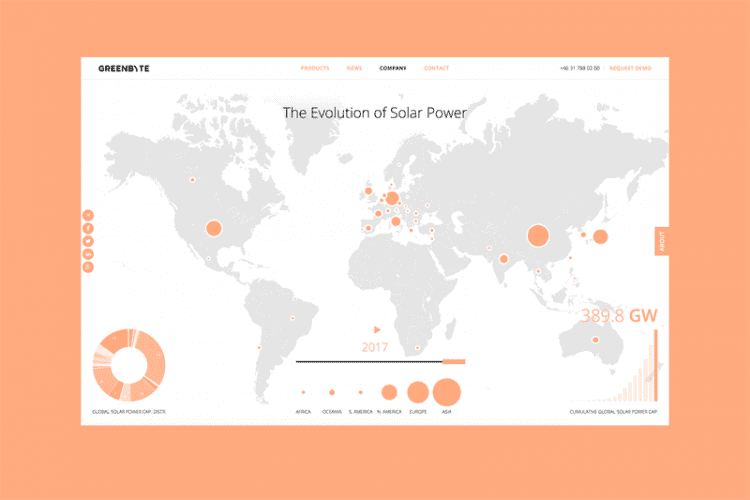 The Evolution of Solar Power is the result of a cooperation between SolarPower Europe and renewable energy software company Greenbyte. The interactive map reveals the cumulative installed solar power capacity per country, continent and the world between 1992-2017. Now let’s dig into some of those figures and see what has happened in the past twelve months.

In Europe, France and Germany also kept their steady growth, adding respectively 1 and 2 GW. With over 43 GW installed, Germany remains Europe’s biggest player when it comes to solar, followed by Italy with over 19 GW and the UK which added almost 1 GW in 2017, totaling over 12 GW.

Worth mentioning in Europe, Hungary and Poland which doubled their respective installed capacity in 2017, totaling almost 500 MW and 400 MW of solar installed capacity. The Netherlands also followed an impressive growth, up 32%, with over 800 MW installed in 2017.