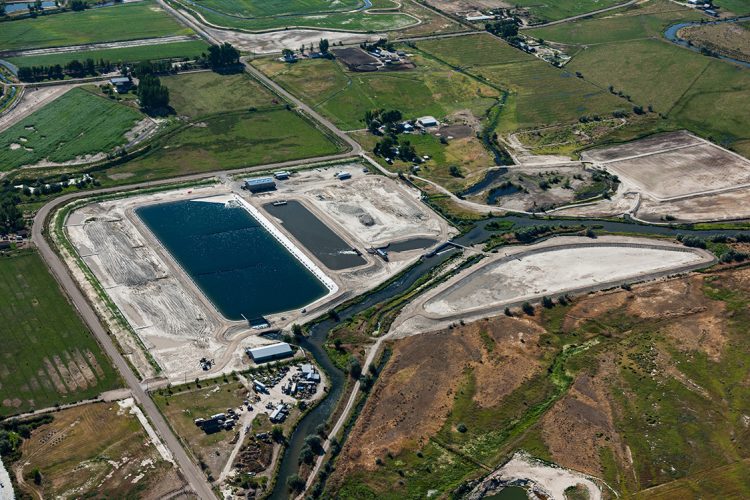 Known industry-wide as engineering’s “Academy Awards”— the competition concludes with a gala celebrating U.S. engineering firms for projects demonstrating exceptional innovation, complexity, achievement, and value. Thirty-six projects were honored before an audience of industry professionals, government officials, and dignitaries at the April 17 event in Washington, D.C.

The prestigious Grand Award, one of only 16 given annually, was presented to the City of Boise and Brown and Caldwell for the Dixie Drain Phosphorus Removal Facility. Grand Awards recognize engineering accomplishments that contribute to the advancement of engineering and enhances the economic and social welfare of the public. This year’s competition yielded hundreds of entries as a distinguished panel of judges selected the nation’s best projects to receive Grand Awards. 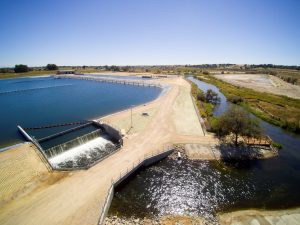 Treating 130 million gallons of water daily, the Dixie Drain Phosphorus Removal Facility is the first of its kind in the U.S. and considered a model facility in watershed-based approaches to meeting total maximum daily load limits—the pollutant load a water body can receive without violating U.S. Clean Water Act standards.

To reduce the impact of excess phosphorous entering the Boise River, regulations required a 98 percent phosphorus discharge reduction from Boise’s water renewal facilities. As the city makes improvements at its facilities to remove 93 percent of the phosphorus, upgrades to eliminate the remaining five percent would require costly modifications. Subsequently, the city implemented a pioneering pollutant offset approach via the Dixie Drain Phosphorus Removal Facility project.

The city hired Brown and Caldwell, a leading environmental engineering and construction firm, to conceptualize, pilot, and design the $21 million facility, which this year received two regional ACEC awards—ACEC-Idaho’s Grand Concept Award and first place in their water and stormwater category.

“We’re proud to see national recognition for the combined efforts of the City of Boise, Brown and Caldwell, local contractors, and the community,” said Brown and Caldwell CEO Rich D’Amato. “Our commitment and passion to solving environmental challenges for clients while enhancing the communities we touch is abundantly evident at the Dixie Drain Phosphorus Removal Facility project. Not only does the project enable Boise to meet federal regulations, it also provides long-term environmental benefits.”

According to the city’s Public Works Director Steve Burgos, this groundbreaking yet commonsense approach is a model for regions facing nutrient removal challenges and budget constraints.

“This innovative solution eliminated the need to implement more capital-intensive modifications and at the same time remove 50 percent more phosphorus that would have been otherwise untouched,” Burgos said. “The Dixie Drain Phosphorus Removal Facility project is setting a national precedent for addressing water quality issues more effectively and affordably.”

“From initial concept all the way through pilot testing, permitting, final design, and construction, Brown and Caldwell was with us every step of the way to make this groundbreaking project a reality,” Burgos said.

About Brown and Caldwell

Headquartered in Walnut Creek, Calif., Brown and Caldwell is a full-service environmental engineering and construction firm with 45 offices and 1,500+ professionals across the country. For more than 60 years, our creative solutions have helped scores of municipal, federal and private agencies successfully overcome their most challenging water and environmental obstacles. As an employee-owned company, Brown and Caldwell is passionate about meeting our clients’ needs and making a difference for our environment and communities. For more information, visit www.brownandcaldwell.com