/ Transportation / While Majority of Americans Prefer their Personal Vehicles for Travel to and from Airports, Use of Ride-Sharing Services is Rapidly Accelerating

While Majority of Americans Prefer their Personal Vehicles for Travel to and from Airports, Use of Ride-Sharing Services is Rapidly Accelerating 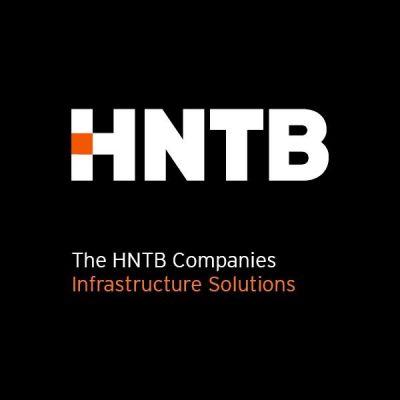 NEW YORK – Whether air travel is for business or pleasure, before ever boarding an airplane, the journey begins with the trip to the airport. While multiple travel options are available in many parts of the country, almost seven in 10 (68 percent) American air travelers still prefer to begin their trip in a personal vehicle, either their own or that of a friend or family member, for transportation to and from the airport, according to a new HNTB Corporation America THINKS national public opinion survey.

The HNTB survey, “Airport Terminals-2018” found that among Americans who prefer using private vehicles, 39 percent opt for a drop-off from a friend or family member or use their own personal vehicle (29 percent). Taxis, limousines and shuttles are favored by 11 percent of Americans, and ride-sharing services such as Uber or Lyft are favored by 10 percent. Six percent of Americans choose public transportation for travel to airports, and five percent would make the trip with rental cars.

“Despite the continuing preference to use a personal vehicle for travel to and from airports, we’ve identified an important shift just within the past year – an emerging preference to use ride-sharing services. Airport operators should take note of this trend and potential impacts it may have for them, both short and long term,” said Laddie Irion, HNTB’s national aviation sector market leader and senior vice president.

The HNTB survey found that while the use of ride-sharing services is relatively low compared to other available alternatives, it is increasing. Almost four in 10 (37 percent) responding air travelers have used ride sharing to get to and from airports. Among this group, 42 percent have used it within the past year, a notable increase of three times versus 14 percent in the past one to three years.

“This rapidly growing inclination to use ride-sharing services for travel to and from airports is important on many levels, including the potential of increased vehicular congestion at airports as well as impacts it will have for traditional airport revenue sources,” said Irion. “One direct revenue example could result from people who use ride-sharing instead of driving themselves and no longer needing parking on-site at airports.”

“As airports across the nation continue to update and modernize the design of terminals and other ground-side facilities, people recognize and appreciate the improvements but also indicate an opportunity to improve long lines,” said Irion. “Airport operators’ focus on safe, efficient movement of travelers must be balanced with changes in how passengers use ground transportation to and from airports as well as their expectations for a pleasant experience inside the terminal before boarding an aircraft.”

Nine in 10 Americans believe security is the top priority for airports. Other priorities they identified include the overall customer service experience within the terminal (81 percent), improved on-site parking and access to terminals (70 percent), and improved ground transportation to and from airports (67 percent).

HNTB’s America THINKS survey, “Airport Terminals-2018” polled a random nationwide sample of 1,020 Americans, ages 18+, between March 2 and March 6, 2018. It was conducted by Russell Research using an email-invitation and online survey. Quotas were set to ensure reliable representation of the entire U.S. population ages 18 and over. The margin of error is +/- 3.8 percent.

Comments are disabled
NEXT ARTICLE
Upward Trend Of Natural Gas Production Could Benefit Consumers, Manufacturers
April 17, 2018
PREVIOUS ARTICLE
Getting the Lights Back On in Puerto Rico: The Army Corps and Fluor Mount Massive Grid Restoration After Hurricane Maria
April 16, 2018