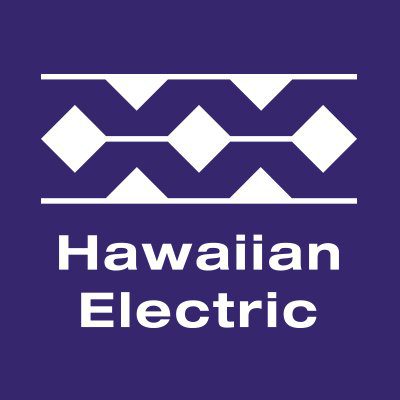 Today, REC Solar, a Duke Energy-owned company and leading provider of commercial, public sector and utility-scale solar solutions and Hawaiian Electric Company, a national leader of renewable energy in Hawai’i, broke ground on a 20-megawatt (MW), fixed-tilt solar facility, located at the U.S. Navy’s Joint Base Pearl Harbor-Hickam West Loch Annex. Once completed, the West Loch solar farm will produce the lowest-cost renewable energy in the state at less than 8 cents per kilowatt-hour.

REC Solar will be building the 80,760-panel solar facility, the first grid-scale solar project to be owned and operated by Hawaiian Electric. Over its expected 25-year lifespan, the solar farm will save Hawaiian Electric customers approximately $109 million, reducing the utility’s use of imported oil by 76,000 barrels annually. The facility will feed into the island’s electric grid and serve all customers on Oʻahu.

In addition to the energy savings, the solar facility will be built on 102-acres of U.S. Navy-owned land. In exchange for the land, Hawaiian Electric is providing electrical infrastructure upgrades to U.S. Navy-owned facilities.

“We are honored that Hawaiian Electric chose REC Solar to partner on their first-owned and operated project in Hawai’i,” said REC Solar CEO Matt Walz. “Our decade-long relationship with Hawaiian Electric helped to catalyze this development on U.S Navy land, expanding the suite of clean energy options available to the people of Hawai’i. We look forward to contributing to the resiliency and sustainability of the Hawaiian Islands through this project and others.”

As a prominent player in Hawai’i’s clean energy transition, REC Solar has committed to creating a positive impact by bringing sustainable power to the islands. The company has not only been ranked by Pacific Business News (PBN) as the number one commercial solar provider in Hawai’i in 2016, it also successfully completed the installation of Hawai’i’s largest solar facility to-date in 2017.[1][2]

“REC Solar’s proven track record in Hawai’i and elsewhere and their ability to help us provide value to our customers is why we chose to work together,” said Ron Cox, senior vice president of operations for Hawaiian Electric. “This project will help our state move closer to achieving its renewable energy goals and we appreciate our collaboration with a reliable partner like REC Solar.”

Hawai’i’s clean energy mandate calls for 100 percent renewable energy by 2045. Hawaiian Electric is currently seeking qualified proposals for nearly 400 megawatts of grid-scale renewable energy projects for O’ahu, Maui and Hawai’i Island, the largest procurement in the state’s history. [3] In the first nine months of 2017, the state generated more than 10 percent of its electricity from solar, one of only three states to do so.[4]

REC Solar is a nationwide leader providing complete commercial, public sector and utility-scale solar solutions. In 1997, our founders had a simple idea — create better power. Since then we have helped hundreds of organizations across the United States think differently about energy; saving money, creating predictability in operating costs, reducing their environmental impact, and pushing their business forward. REC Solar offers all design, engineering, financing and maintenance services in house, allowing for a simple customer experience. Our unmatched expertise and quality are enhanced by the creativity we bring to each project. By integrating into the core beliefs, values and community of the organizations we work with, we generate greater business value. Getting solar proposals is easy with REC Solar, to do so, call in for a 5-minute consultation, and upon receipt of basic information including address, energy bills, and the age of your roof, REC Solar can provide a detailed quote. For more information, visit RECSolar.com.