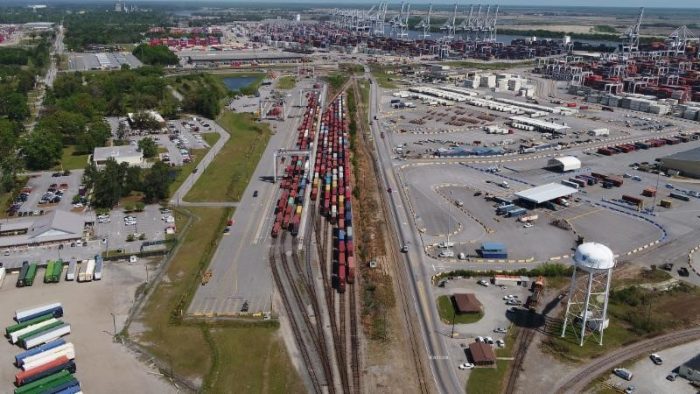 “Savannah’s continued strength is a reflection of our customers’ commitment, Georgia’s leadership, and the many dedicated service providers, GPA employees and ILA members who come together every day to achieve great things,” said GPA Executive Director Griff Lynch. “March marked our 17th consecutive month of business expansion thanks, in part, to a strong economy and growing market share.”

Intermodal rail volumes jumped by 20 percent in March and 15.4 percent for the fiscal year to date, for a total of 318,454 containers handled over nine months – another record for the GPA.

“As the numbers show, our rail cargo is growing at a faster pace than our overall trade,” GPA Chairman Jimmy Allgood said. “This is important because rail is playing a key role in our responsible growth strategy. We anticipate our rail infrastructure investments to take 250,000 trucks off the road each year by 2020.”

The GPA recently broke ground on its Mason Mega Rail Terminal, on which the Port of Savannah will build 10,000-foot unit trains within its own footprint. From the expanded rail infrastructure at Garden City Terminal, Class I rail providers CSX and Norfolk Southern will provide direct rail service to major Southeast and Midwestern markets from Memphis to St. Louis, Chicago to Cincinnati. An added benefit is that the Mason Mega Rail project will move all rail switching on terminal – improving vehicle traffic flow around the port.

In August, the GPA will open its Appalachian Regional Port in Murray County, Ga. Located in an industrial belt, including the production and export of carpet and flooring, automobiles and tires, the ARP will provide an alternative to all-truck transit to Northwest Georgia.

Each round-trip container moved via the Appalachian Regional Port will offset 710 truck miles on Georgia highways.

March was also a strong month for roll-on/roll-off auto and machinery units at the Port of Brunswick and Ocean Terminal in Savannah. Colonel’s Island Terminal in Brunswick handled 66,144 cars, trucks and tractors, while Ocean Terminal added 4,050, for a total 70,194, a 17.2 percent increase.

“The global economy is thriving and our volumes are following suit,” Lynch said. “As existing accounts grow their footprint in the expanding auto facility in Brunswick, Georgia’s competitive logistical advantages are drawing additional business across all of our docks.”