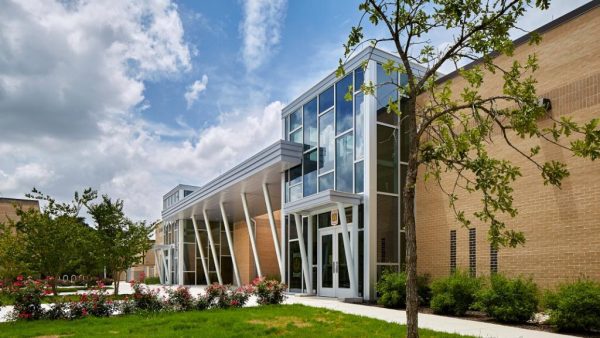 (St. Louis, MO) Once a thriving, predominately African-American community, the Eastside of San Antonio, TX has seen its share of hard times. Through the efforts of local civic leaders, organizations and businesses, like KAI Texas, the underserved neighborhood is making a comeback.

In 2014, President Barack Obama announced the selection of the Eastside of San Antonio as one of the first five Promise Zones, a national place-based initiative designed to revitalize distressed neighborhoods through job creation, increased economic activity, education opportunities and reduced violent crime.

The Eastside neighborhood consists of 22 square miles immediately east of downtown San Antonio. According to a 2015 US Census, the Eastside has 81,168 residents, 10.1% unemployment, 30.9% poverty and 29.4% of residents over age 25 who do not have a high school diploma.

According to information provided by the City of San Antonio, the Promise Zone is a 10-year federal designation that does not come with federal funding, but provides federal staff support to connect local leaders with resources, five AmeriCorps VISTA volunteers, technical assistance and preferred access or extra points on various federal funding streams, and business hiring tax credits/incentives. The Eastside Promise Zone currently has about $90 million in federal grants managed by various San Antonio-based organizations, such as the United Way of San Antonio, Bexar County and the San Antonio Housing Authority.

KAI has proudly participated in four major projects that are transforming the Eastside Promise Zone for the better.

“KAI embraces working with local neighbors and community residents, as well as our clients, to deliver projects that are truly reflective of the needs of the assignment and the needs for the area. In the four transformative projects that KAI worked on, I was proud of my team’s participation in community forums and charrettes in delivering new spaces and facilities that will serve the Eastside and make the community more vibrant in the future,” said Darren L. James, AIA, President & COO of KAI’s affiliate office in Texas.

The Eastside Promise Zone projects include:

For more information about the Eastside Promise Zone, visit www.sanantonio.gov/East-Point/PromiseZone.

KAI Design & Build is a national 100+ person design and build firm headquartered in St. Louis, Missouri. A renowned leader in the industry, KAI provides design and build integrated project delivery solutions through collaboration, technology, processes and expertise. Since its inception in 1980, KAI has been instrumental in reshaping the urban environment through its expertise in housing, K-12 schools, transit facilities, collegiate structures, commercial buildings, sports and recreational facilities, government/justice centers and healthcare buildings. Beginning as an architectural design firm, KAI added mechanical/electrical/plumbing engineering to give clients a full package of in-house disciplines for their projects. Today, KAI continues with its original core service of design and has quickly grown its construction management group since 1997. Additionally, KAI is a leader in Building Information Modeling (BIM), applying the skill set to architectural, engineering and construction projects firm-wide. KAI’s affiliate locations include Atlanta, Omaha, Dallas and San Antonio. For more information about KAI Design & Build, visit www.kai-db.com or call 314-241-8188.