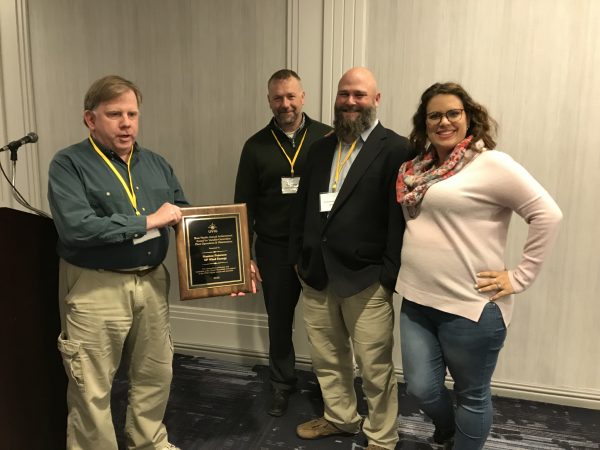 Chicago, Ill.  – Wind industry professional Stanton Peterson has been awarded the 2018 Ross Newlin Achievement Award, given by the Energy Systems Integration Group (ESIG) for his ongoing contributions to the advancement of the technical and operations sectors of the renewable energy industry.

Peterson, an engineer graduate from the University of Wyoming, has been with BP Wind for more than eleven years, serving in a variety of technical and operations roles. As a longtime member of ESIG, he was named chair of the group’s Clipper Roundtable in 2011. Ironically, Peterson was asked to assume this position at the request of Ross Newlin.

“The foundation of the Operations and Maintenance Users Group, which Ross Newlin helped construct, continues to build and grow through the efforts of our members,” said ESIG Operations and Maintenance Users Group Chair, Bjorn Hedges. “For years, Stanton has displayed a high level of commitment and leadership within the O&M Users Group.  Stanton’s continued efforts have made a significant difference in our group and industry, for which all of ESIG members are thankful.”