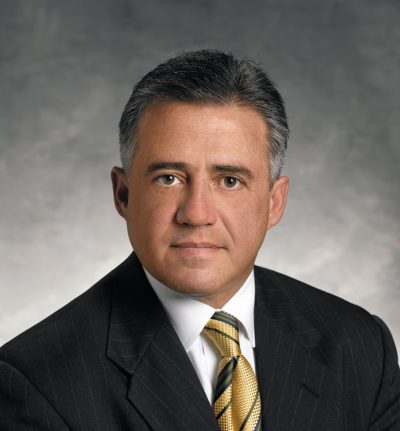 “DAI and MBI are a welcome addition to the LiRo family,” said LiRo owner Rocco Trotta, PE. “At LiRo, our employees are our most important asset, and the new DAI and MBI staff will enhance our capabilities and strengthen our resources nationwide,” he continued.

DAI and MBI have been serving medical clients throughout New England for more than three decades. The three firms have either designed or built projects in Massachusetts, Maine, New Hampshire, Rhode Island, and Connecticut.

Luis M. Tormenta, PE, LiRo’s President and Chief Executive Officer, said, “LiRo’s acquisition of DAI and MBI marks our strong entry into the New England market and augments our healthcare and life sciences expertise nationwide. It is an important step in the on-going strategic expansion of our firm that aims at providing complete construction, engineering, architecture, and technology services to both public and commercial clients throughout the United States and beyond. DAI and MBI bring to LiRo valuable client relationships and expand our company’s multidisciplinary staff to over 900 professionals.”

The DAI and MBI deal follows LiRo’s recent acquisition of the assets of Bowne Management Systems, Inc. (BMS) and Sidney B. Bowne & Son, LLC (Bowne), both based in Mineola, New York. The BMS and Bowne asset acquisition enabled LiRo to expand the complement of integrated construction services it provides in the geographical information systems (GIS), location services, land surveying, and information technology areas.

Michael Burton, PE, LiRo’s Senior Vice President and National Operations Manager, said, “This is an exciting opportunity for LiRo, DAI, and MBI to grow together and to cultivate the design and construction management strengths of each in support of the other. Our similar cultures – in which senior management actively engages with clients – will make the integration of our teams seamless. At the same time, this integration will provide professionals within the acquired firms with additional resources to deliver services to wider market sectors throughout New England.”

DAI specializes in both new projects and renovations of hospitals, medical office buildings, outpatient facilities, community health centers, senior assisted living and nursing homes, and laboratories along the East Coast. As a corporate affiliate member of the Center for Health Design, DAI has incorporated Evidence-Based Design research into their design work in order to create true healing environments.

Following the acquisition, John W. Weaver, President, Managing Principal, and co-founder of DAI, as well as Treasurer of MBI, will continue in a senior management role with LiRo. The New England Society for Healthcare Strategy (NESHS) named him the 2017 Healthcare Strategist of the Year.

“LiRo, with its marketing and business operations strength, as well as the innovative mark it continues to make on the design and construction industries, is a great match for DAI and MBI. Our healthcare and institutional clients will benefit from access to LiRo’s national project management, engineering, and design expertise and capabilities,” said Weaver.

DAI’s and MBI’s portfolio features numerous prominent healthcare projects throughout the Northeast. These include the on-going expansion and renovation of the HealthAlliance Hospital’s 48,000-square foot Emergency Department in Leominster, Massachusetts, scheduled for completion in 2019, and the $40 million, 100,000-square foot Lakes Region General Hospital Patient Tower in Laconia, New Hampshire.

LiRo’s expertise in completing complex healthcare and life sciences projects is well represented by the new $375 million, state-of-the-art Jacobs School of Medicine and Biomedical Sciences at the University at Buffalo, which opened in December 2017 in Buffalo, New York. At 628,000 square feet, the Jacobs Building is the largest recently constructed medical education building in the United States. LiRo served as a joint-venture construction manager for this new structure, which was designed and built to meet LEED Gold sustainability certification.

In addition, in Valhalla, New York, LiRo recently completed a $120 million capital program for Westchester Medical Center. The firm modernized many of the open suburban campus’ existing facilities – including renovating intensive care units, an Emergency Room, and laboratories – and built a Ronald McDonald House. The firm has also managed more than $150 million worth of expansions and renovations at the NYU Winthrop Hospital on Long Island and in New York City, the $21 million renovation of the Roswell Park Cancer Institute in Buffalo, and the new $95 million Adult Behavioral Center at the Bronx Psychiatric Center in the Bronx, New York.

According to Steve H. Kovacs, MBI President and co-founder, who will also continue in a senior management position with LiRo, “Monitor Builders was founded in 1988 and specializes in providing pre-construction, construction management, and design/build services for healthcare projects. Its work to date has ranged from limited-scope renovations to $40 million additions. The firm’s project portfolio includes hospitals and healthcare clinics, laboratories, senior housing, and youth facilities. MBI’s personnel are very well-versed in the intricate phasing and staging required to keep healthcare facilities operational and safe during construction.”

Outside of the continental United States, LiRo is currently performing damage assessment and developing scopes of work for the repairs and replacements of roadways and bridges damaged by Hurricanes Maria and Irma on the U.S. Virgin Islands of St. Croix and St. Thomas.